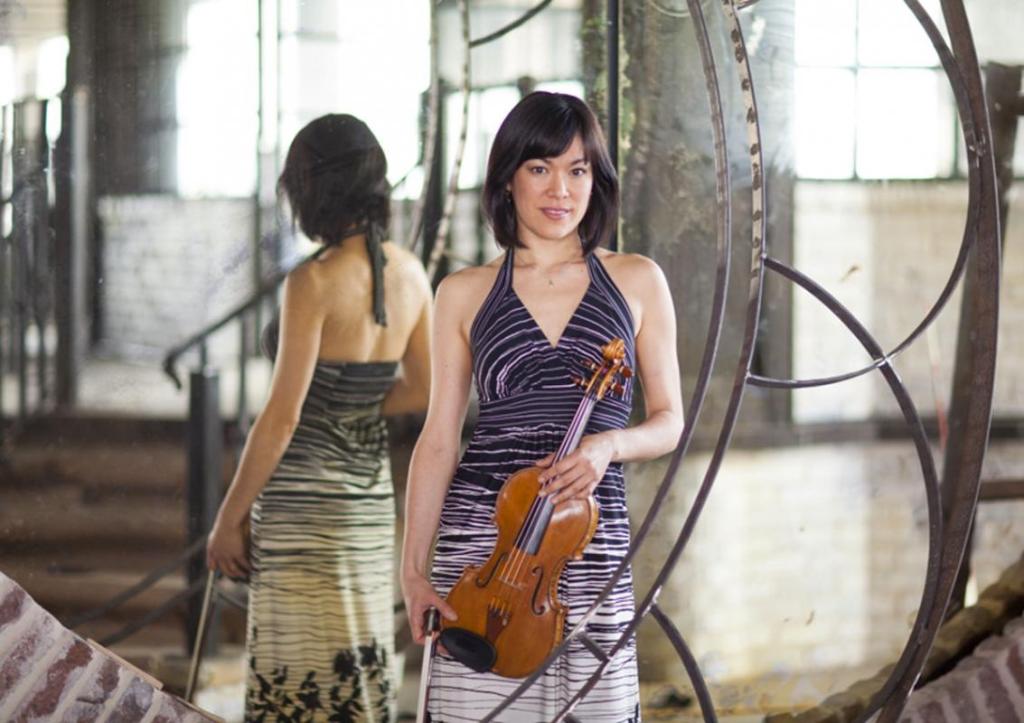 Good for you, Stillwater. It was four below zero when Thursday evening’s St. Paul Chamber Orchestra concert began, but you ventured out anyway, almost filling Trinity Lutheran Church. And when the SPCO’s artistic director, Kyu-Young Kim, announced that Mozart’s 29th Symphony would be moved to the first half of the concert and a new orchestration of a work by the far less familiar 20th-century Romanian composer George Enescu would become the finale, you could have bagged it after Mozart and headed for your warm and cozy homes.

But you didn’t. Almost everyone remained for the second half and their reward was the concert’s most exciting performance. One of the SPCO’s violinists, Maureen Nelson, took an Enescu string octet and adapted it into a work for 17 strings. It proved a complex and involving piece that was given a passionately stormy performance. The Mozart? Oh, it was good, too, as was the stirring curtain raiser, a chamber orchestra version of Bela Bartok’s “Romanian Folk Dances.” But this was a case in which the least familiar work was the highlight of the program.

And you stayed for it, Stillwater, even giving the Enescu piece a standing ovation. Your savvy even made up for that ringing cell phone that took someone so long to find after the first movement of the Mozart. Hey, at least it was between movements.

A warm fire would be good on such a chilly night, and the performance of Bartok’s “Romanian Folk Dances” had an appropriately fiery feel. Violinist Kim delivered some solos from the concertmaster’s chair that were passionate, schmaltzy and urgent. And the rosin and horsehair were flying on the furious finale.

If it seems as if the SPCO is performing a lot of Mozart lately, it’s not your imagination. This weekend’s performances of the 29th Symphony mark the fifth Mozart piece the orchestra’s performed since 2020 dawned. This work by the 15-year-old wunderkind had plenty of lithe vigor. If the bold, brassy French horns overpowered the strings a tad too much, that may have been a result of their playing directly into a stone wall that sent their tones bouncing about the church.

Maureen Nelson’s take on the Enescu Octet was an inspired arrangement, uncovering all sorts of interesting insights and emphasizing interplay between multiple soloists. Performing in an intriguingly tiered formation and mostly standing, the SPCO strings delved deeply into the moods of each movement. Violinist Nelson led from the concertmaster’s position, and her muted solo on the first movement was transfixing, rivaled in emotional tenor by the melancholy viola of Hyobi Sim.

The ensuing movement had an earth-shaking explosiveness and intensity, tumult suffusing every note. The more contemplative “Lentement” movement bore a sadness that grew into grief, becoming more urgent by the phrase. And the finale was an aggressive, anxious waltz, conflict permeating the proceedings. Menace emerged and abated, leaving Nelson alone in scintillating soliloquy before the work closed with a bracing battle of the string sections, phrases flung back and forth across the stage. It was the kind of heart-quickening performance ideal before heading out into a frigid night on the bluffs above the St. Croix River.

What: Works by Bela Bartok, Mozart and George Enescu

When: 8 p.m. Friday and Saturday