Review: ‘Silent Sky’ could be a stronger story, but it’s a fine history lesson 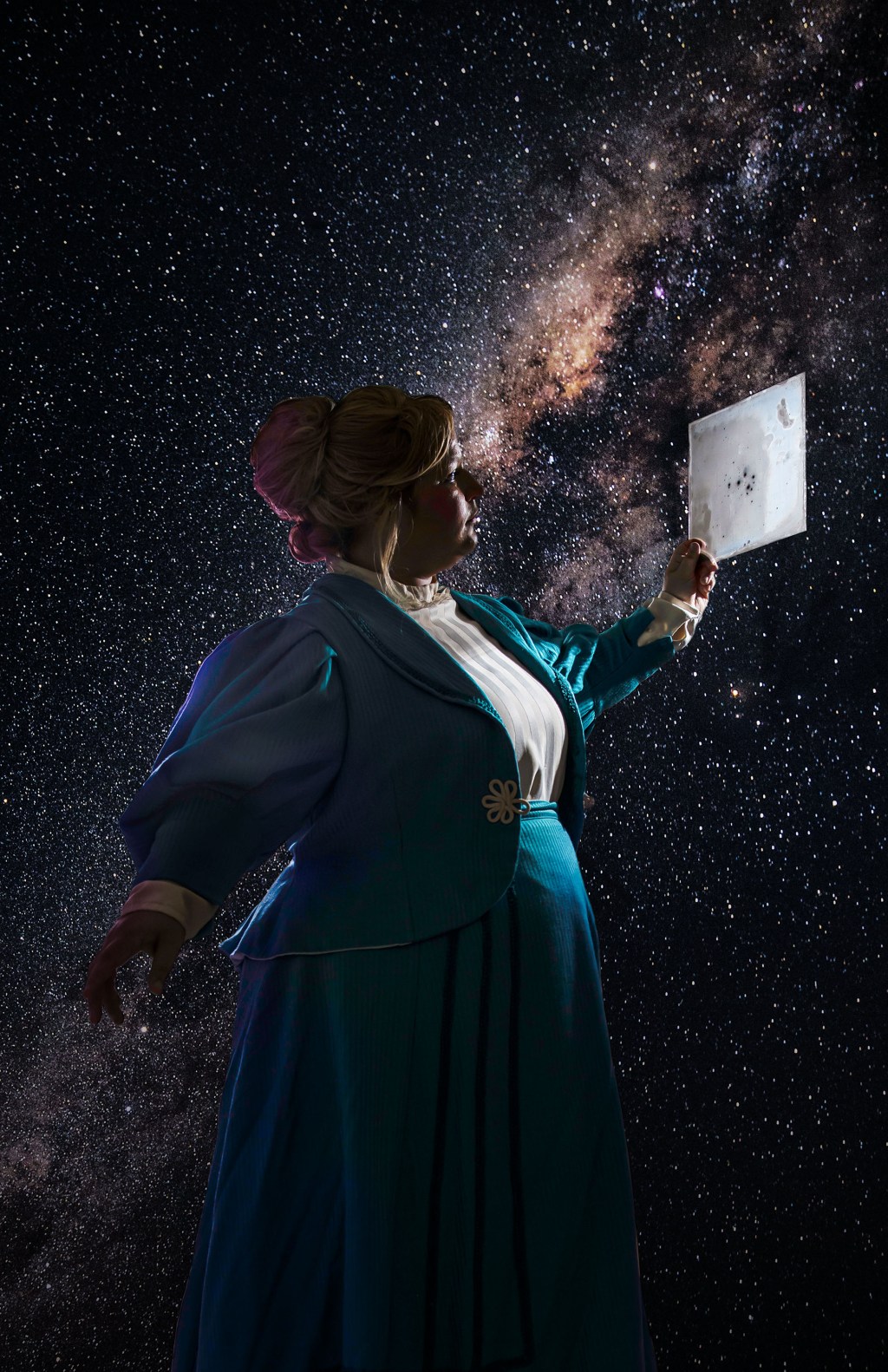 If Americans aren’t as savvy about science or history as they used to be, don’t blame it on Lauren Gunderson. She’s become America’s most oft-produced living playwright over the past few years, and almost all of her 19 plays are about history and half of those about the history of science. Astronomy is a particular passion of hers, with her plays frequently inviting audiences to give themselves over to a spirit of wonder about our place among the stars.

One of the astronomers who captured Gunderson’s attention is Henrietta Leavitt, an early-20th-century Harvard University researcher who discovered over 2,400 stars and established a means for measuring distances in space (making much of Edwin Hubble’s work possible). In 2013, Gunderson wrote a play about Leavitt’s life, “Silent Sky,” that Theatre Pro Rata is currently presenting in a venue ideal for the occasion: the planetarium at the Bell Museum on the University of Minnesota’s St. Paul campus.

So you have the opportunity to share Leavitt’s awe at the expanse of the universe while a night sky floats overhead. And set pieces are sacrificed in favor of large-scale projections of the Harvard observatory where Leavitt worked, as well as her family home and church in Wisconsin.

Gunderson’s skill with making fully-formed humans out of historical figures shines through in her snappy dialogue and the consistently strong performances of the five-person cast. But “Silent Sky” seldom moves beyond information into insight. Yes, it’s valuable to learn about this largely forgotten figure of astronomy, but I came away from Saturday’s first performance feeling as if I’d accrued a lot of facts, yet didn’t learn enough about what truly inspired Leavitt and made her work so important.

That’s to take nothing away from a fine performance by Victoria Pyan as Leavitt, who carries the show with a convincing portrayal of an early-20th-century woman with a kind heart and sharp wit, but a fair amount of well-earned exasperation about men taking credit for women’s work in the sciences. Leavitt is mapping the stars with two other women who have gone down in astronomical history — the officious Annie Cannon and the snarky Scot, Williamina Fleming — and also has a suitor at the observatory.

Gunderson makes each an engaging character, the stuffiness of circa 1900 convention soon pushed aside by clever repartee and animated discussions. Under the direction of Carin Bratlie Wethern, the cast brings honesty and energy to each portrayal. While it feels odd to give special praise to the only man in a cast full of women, Gunderson has given the scientist who falls for Leavitt the most passionate role in the play, in both a personal and professional sense. Carl Swanson brings welcome enthusiasm to an environment that can seem a little, well, academic.

If Gunderson’s chief aim is to fill an historical void by bringing Leavitt to life, “Silent Sky” is a success. It’s full of engaging conversations full of astronomical analogies, vivid characters and clever constructions like speaking in overlapping letters. But it doesn’t have a satisfying story arc, as it basically follows Leavitt’s career chronology with very few major revelations or turning points and not that much conflict or friction. While she states her life’s aim as discovering “exactly where we are,” the play doesn’t say enough about how and why. It would benefit from a bit more of the wonder that a night sky can inspire.

Capsule: More informative than insightful, it’s nevertheless a fine hybrid of a play and a planetarium show.