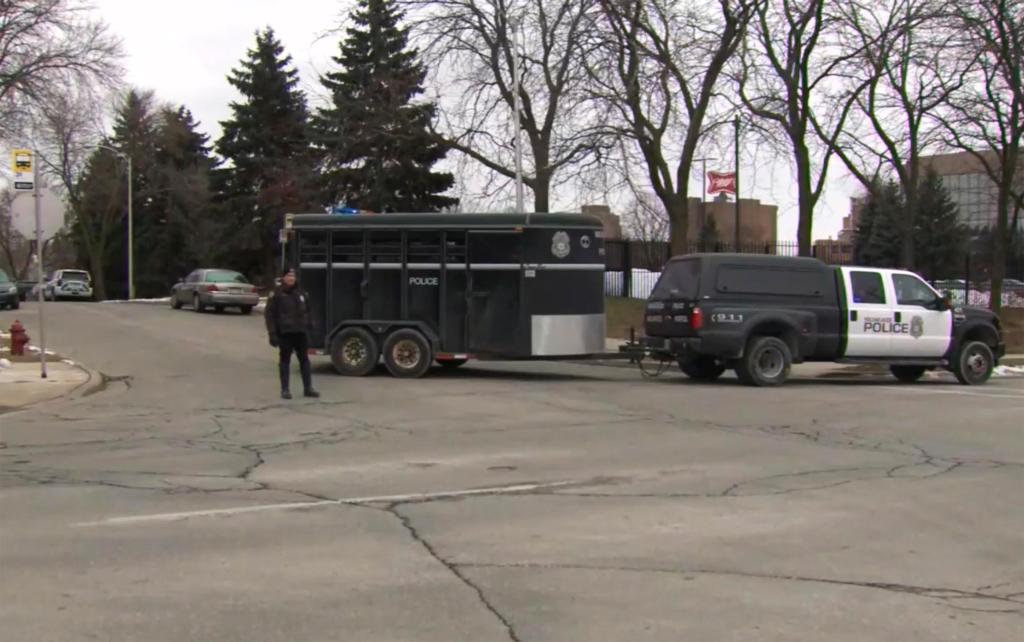 By CARRIE ANTLFINGER and GRETCHEN EHLKE

The dead include the shooter, said Barrett, who did not give an exact number of people killed in Wednesday’s shooting.

“What has happened is there was a horrific shooting that has occurred,” Barrett told reporters. “We’re urging all resident and people in this area to stay away from this area. … They’re continuing their sweep to make sure there is nothing more that’s occurring. It is a horrible, horrible day for the employees here. It’s a very rough day for anyone who is close to this situation.”

Police tweeted that there was no longer an active threat. Authorities did not immediately release details about the shooter or how the shooting unfolded.

It occurred at a sprawling complex that includes a mix of corporate offices and brewing facilities. At least 600 people work at the complex, which is widely known in the Milwaukee area as “Miller Valley,” a reference to the Miller Brewing Co. that is now part of Molson Coors.

James Boyles told the Milwaukee Journal Sentinel that his wife, Lasonya Ragdales, works at Molson Coors in the claims department. She was texting from inside the facility and told her husband that there was an active shooter and she was locked in a room with a bunch of co-workers, the Journal Sentinel reported.

“Miller Valley” features a 160-year-old brewery, with a packaging center that fills thousands of cans and bottles every minute and a distribution center the size of five football fields.

The facility is also home to corporate customer service, finance, human resources and engineering. Tours take people to underground caves where beer was once stored, a saloon with intricate woodwork, a stein hall with stained-glass windows, a champagne room meeting hall with leaded-glass windows, and an outdoor beer garden that can hold 300 people.

This story has been updated to correct the name of the company to Molson Coors Brewing Co., instead of Miller Coors.