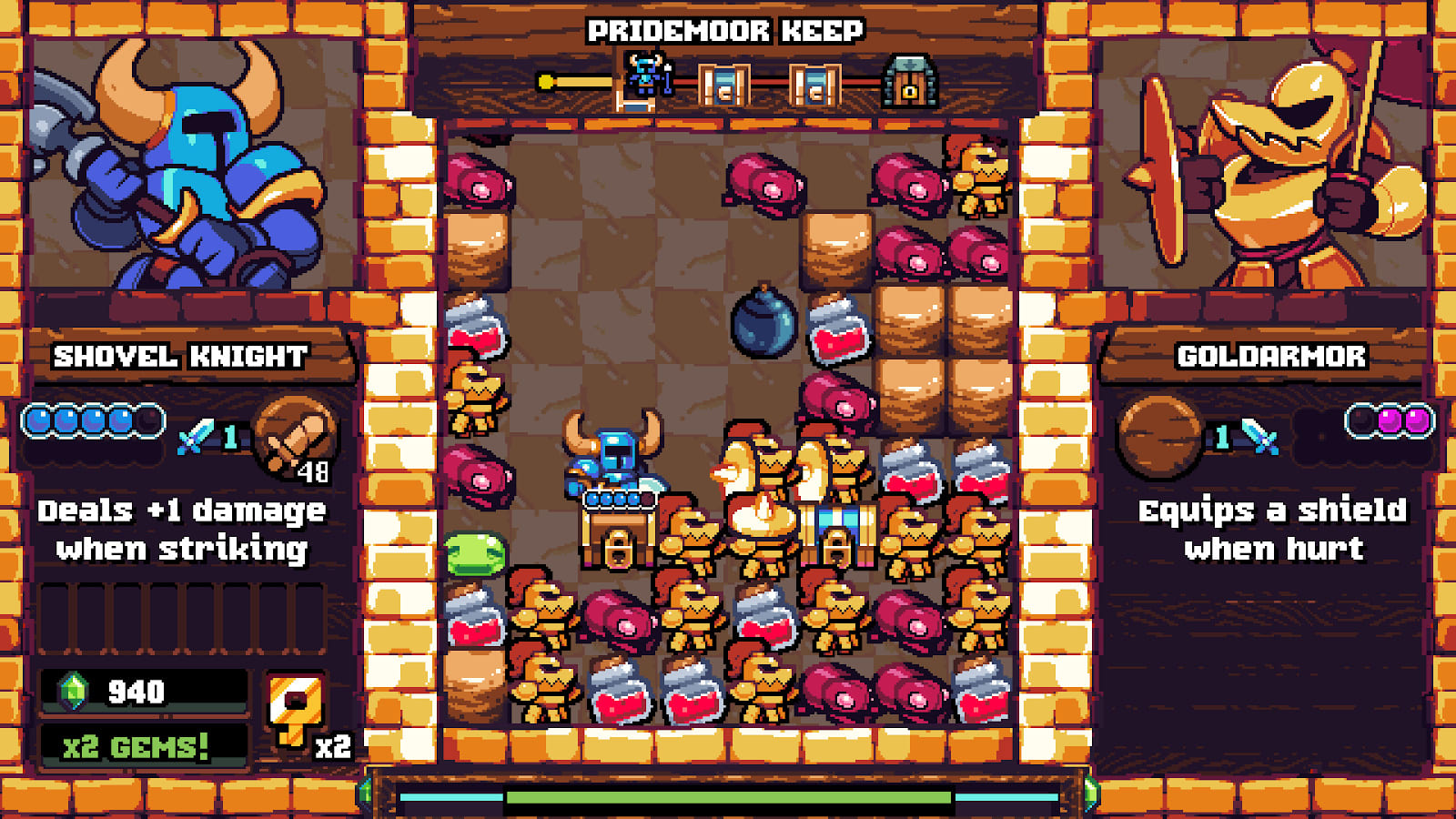 Shovel Knight is getting a second spinoff, and like its first, it's far from being an action-adventure platformer like the original game. Yacht Club Games and indie game developer Vine are working on a new title called Shovel Knight Pocket Dungeon, a falling block puzzle game that may remind you of Tetris or Candy Crush. If you'll recall, the developer also announced a spinoff entitled Shovel Knight Dig last year, but the gameplay mechanics for that one entail having to dig underground to go after the bad guys.