These Labs Rushed to Test for Coronavirus. They Had Few Takers. 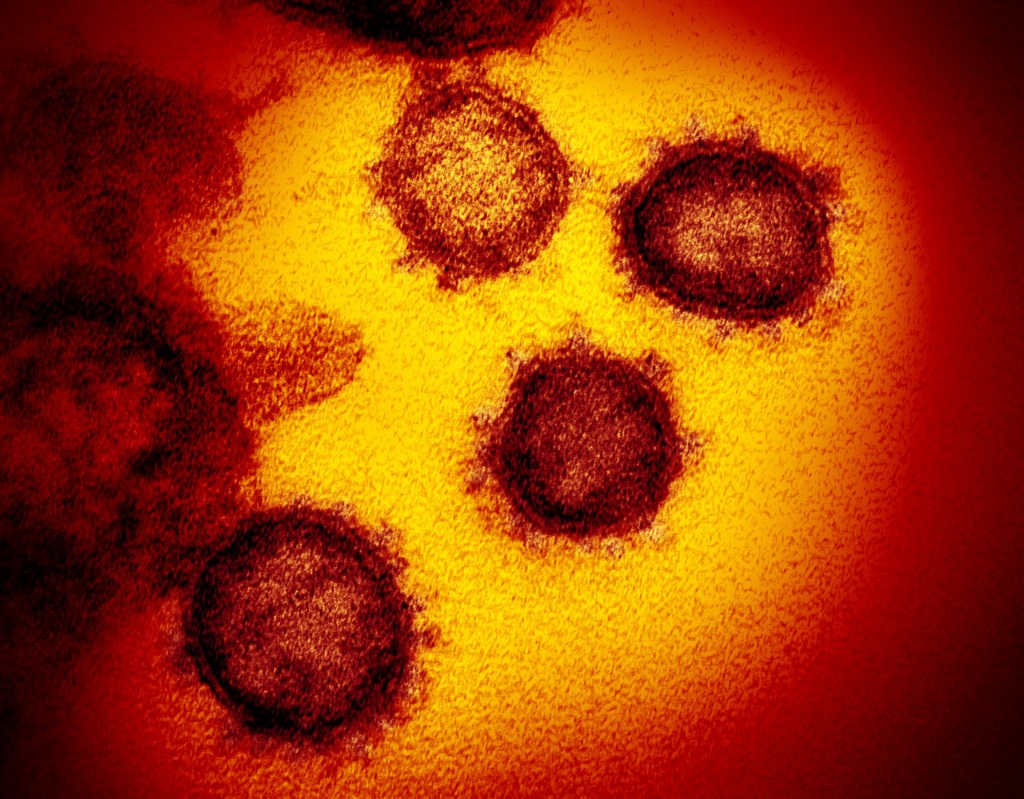 When a stay-at-home order in March all but closed the revered labs of gene-editing pioneer Jennifer Doudna, her team at the University of California, Berkeley dropped everything and started testing for the coronavirus.

They expected their institute to be inundated with samples since it was offering the service for free, with support from philanthropies. But there were few takers.

Instead, the scientists learned, many local hospitals and doctors’ offices continued sending samples to national laboratory companies — like LabCorp and Quest Diagnostics — even though, early on, patients had to wait a week or more for results. The bureaucratic hurdles of quickly switching to a new lab were just too high.

“It’s still amazing to me, like, how can that be the case, that there is not a more systematic way to address a central need?” said Fyodor Urnov, the scientist who oversaw the transformation of the Innovative Genomics Institute into a clinical laboratory.

The inability of the United States to provide broad diagnostic testing, widely seen as a pivotal failing in the nation’s effort to contain the virus, has been traced to the botched rollout by the Centers for Disease Control and Prevention, the tardy response by the Food and Drug Administration, and supply shortages of swabs and masks.

Yet one major impediment to testing has been largely overlooked: the fragmented, poorly organized U.S. health care system, which made it difficult for hospitals and other medical providers to quickly overcome obstacles to testing.

Despite calls for more than a decade to create a national laboratory system that could oversee a testing response in a public health crisis, there is, in fact, little coordination among public and private health labs, said Scott Becker, chief executive of the Association of Public Health Laboratories, an association of state and local government labs. An effort to create one 10 years ago withered away over time for a lack of funding, he said.

“We do not have a national laboratory strategic plan,” Becker said. “All of these things need to come together in an emergency.”

In recent days, President Donald Trump has delivered a mixed message on testing, saying on May 11 that in ramping up, “we have met the moment, and we have prevailed”; while a few days later, he suggested that testing was “overrated” and that the high number of cases in the United States could be traced to more prevalent testing.

The picture for testing is slowly improving. The United States is completing more than 300,000 tests a day, double the amount of a month ago, according to the COVID Tracking Project. A new, high-capacity test by manufacturing company Hologic is being shipped to labs around the country, offering the potential to double testing capacity in many cases. Some states, like California, Rhode Island and Minnesota, have undertaken widespread testing of residents. And the federal government is beginning to distribute $11 billion to support state testing efforts, which was authorized by Congress in April.

When the Berkeley institute didn’t get the expected influx of tests, it shifted to work with the city of Berkeley and other local groups to conduct the kind of blanket testing — of front-line workers and other at-risk groups — that many public health experts believe will be necessary to safely reopen society.

And companies like LabCorp and Quest, which were inundated with orders as the pandemic spiked in hot zones, have since cleared their backlogs. They, too, said they could be doing more testing, a mismatch that has complex causes, including an outdated sense by doctors and members of the public that the availability of testing remains scarce.

Still, the level of testing in the United States is orders of magnitude less than what many epidemiologists say it should be. The country should be doing at least 900,000 tests a day — and as many as 20 million — to yield an accurate picture of the outbreak, they say. The need for extensive testing is even more acute as many governors have reopened their states before the epidemic has crested.

Most testing is not done by public health authorities — whose labs have been chronically underfunded — but by hospital laboratories and major for-profit testing companies.

Some of the biggest industry players, including LabCorp and Quest, have consolidated their influence for years, buying up smaller competitors and negotiating exclusive deals with insurers and large health systems.

In many hospitals and doctors’ offices, ordering from major testing companies is built into electronic health records, making the request for test results from a leading company nearly as seamless as buying shoes from Amazon.

As a result, it is much harder for labs like the one in Berkeley to join the national effort to ramp up testing.

Representatives of other laboratories, including at the University of California, San Diego and the for-profit Eurofins Clinical Diagnostics, said they were surprised when they heeded the call to scale up testing in March but were not sent as many samples as they could manage, even as public health experts complained that the country was not testing nearly enough.

“There’s all this talk about doing more testing,” said Ryan Thomas, a co-owner of Centennial State Laboratory in Colorado, which quadrupled its staff in March and bought extra testing machines but has not received nearly as many tests as they have the capacity to process. “We are here, and we’re here to help.”

Dr. Deborah Birx, who is coordinating the White House coronavirus response, has made the issue of unused testing capacity a major talking point. A team from the Walter Reed National Military Medical Center recently sent a list of such labs to states. But the directors of several labs said they have not seen an uptick in requests since she highlighted the issue.

“We are now reaping what we sowed for the last several decades,” said Dr. Geoffrey Baird, interim chairman of Laboratory Medicine at the University of Washington School of Medicine, which operates one of the biggest academic clinical labs in the country. “It’s not a six-week-solvable problem. It’s not, buy more tests, get more swabs, and all of a sudden, we’re going to have a public health system.”

In normal times, scientists at the Innovative Genomics Institute at Berkeley spend their time advancing gene-editing technology called CRISPR that the lab’s founder, Doudna, is known for.

But after the pandemic shut down the institute’s research in March, Doudna called for volunteers to redirect most of the labs’ work to coronavirus testing. The country was clamoring for more tests, after all, and her lab was full of researchers with the technical skills to make it happen.

Unlike many other major research institutions, Berkeley does not have a medical school or run its own hospital. So Urnov reached out to others in the area, who were still ordering from LabCorp and Quest, despite lengthy delays in processing results at the time.

“We would come to these entities and say, ‘Hi, we hear you have problems,’” Urnov recalled. “And they said, ‘Well, you have to basically work with our EHR,’” the acronym for electronic health records.

Dr. David Pride, director of the molecular microbiology laboratory at University of California San Diego Health, built a special lab to process the flood of coronavirus tests he expected to receive. But his lab is generally running 800 tests a day when it could do 1,200. He said competing hospitals have been reluctant to use his services or enter into the contracts required between major institutions.

Eurofins, based in Europe, has 14 clinical labs in the United States. It started offering coronavirus tests to U.S. hospitals and doctors in March, but an executive said the labs were frequently operating at about half their capacity of 10,000 tests a day.

Puzzled by the low volume, the executive, Dean Tassone, Eurofin’s vice president for payer services, said he wrote to a host of state and federal officials, including representatives of the White House coronavirus task force. He said he found it “bizarre” that so many governors have talked about a lack of available testing.

“The capacity is there; it’s simply not being utilized,” he said. “There’s this economic dysfunction that’s occurring.” Weeks after the company had reached out to New York officials, Gov. Andrew Cuomo’s office contacted Eurofins last Friday to assist with testing, the company said. Its labs will now provide testing for nursing homes in five of the state’s counties.

LabCorp and Quest as well as other large players like BioReference Laboratories and Sonic Healthcare have competed for years to win the loyalty of doctors and hospitals and to make ordering a test as frictionless as possible. Large health systems, which often run their own labs, have also gotten into the game, requiring doctors in the practices they have bought to use in-house labs.

“They’re all trying to make ordering as easy and as paper-free as they can,” said Jondavid Klipp, publisher of Laboratory Economics, an industry trade publication.

The biggest lab companies have also been buying up smaller competitors and negotiating exclusive arrangements with major insurers like UnitedHealth and Aetna, part of CVS Health.

Even though federal legislation has required that testing for the coronavirus be covered with no out-of-pocket costs to consumers, Thomas of the Centennial lab said that doctors who order coronavirus tests also often send out for tests of other viruses, like the flu, at the same time. Many insurers require those tests to be done by in-network labs like LabCorp or Quest.

Adam Schechter, LabCorp’s chief executive, said in an interview that hospitals and doctors chose his company because “we’re a trusted partner and have been in this country for over 50 years now. We have a lot of long-standing relationships.”

The large companies said they do accept the overflow from some public health laboratories. And a spokeswoman for Quest said the company is working on a plan to send specimens to smaller, independent labs that could process extra tests.

Many of the smaller laboratories have since abandoned efforts to run tests for hospitals and doctor’s offices. Instead, they are focusing on broad-based testing of high-risk groups of people, like health care workers and nursing home residents, to help officials determine when it will be safe to permit residents to return to some semblance of normalcy.

Dr. Bob Kocher, a partner at venture capital firm Venrock who is on California’s testing task force, said the state is in touch with the labs at Berkeley and San Diego. While the level of testing so far is a little more than half the state’s lab capacity, he expects that will change as the state reopens and more people need to be tested. “I think excess capacity today is ethereal and about to be used up,” he said.

The Centennial lab in Colorado is testing nursing home residents and employees of companies that are planning to reopen their offices. But Thomas said they could be doing far more.

“We have staff members willing to work the overnight graveyard shift,” he said. “We’re here, and we have capacity, and we are available to do the testing.”