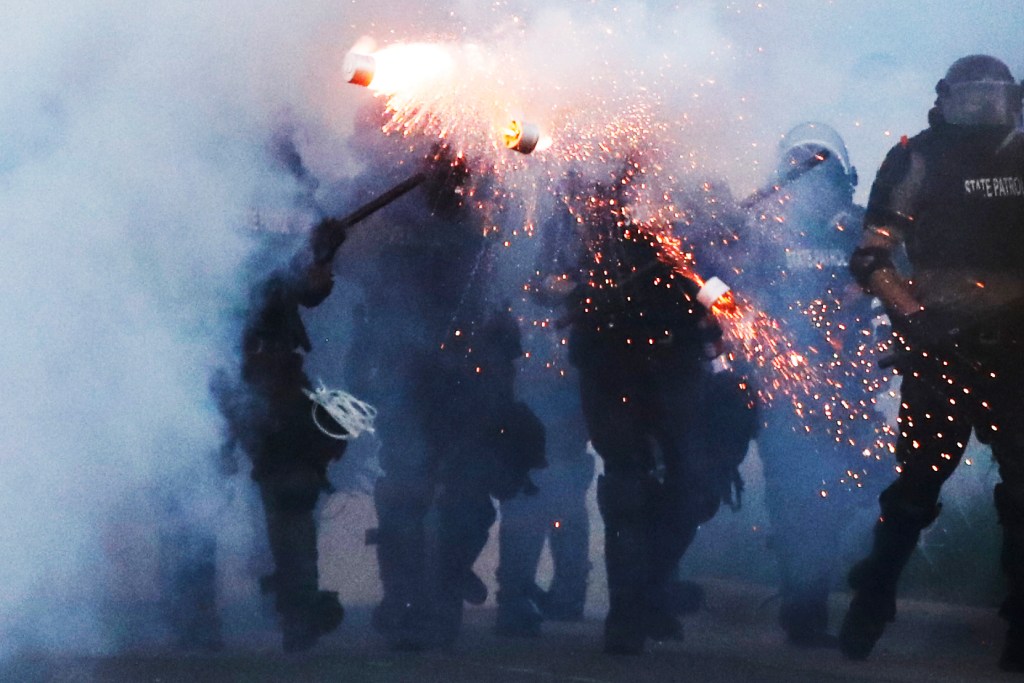 A veteran WCCO photographer covering the Minneapolis unrest was filming as he was shot with a rubber bullet and arrested Saturday night by the Minnesota National Guard.

Tom Aviles was one of at least four journalists, who are listed as exempt from the curfew in Gov. Tim Walz’s order, who report they were either shot with rubber bullets and/or sprayed with tear gas within two hours of the 8 p.m. curfew. Aviles was released.

BREAKING: A veteran WCCO photographer is under arrest, taken into custody by the State Patrol. Award-winning photographer Tom Aviles was struck by a rubber bullet. | https://t.co/ni1IFuZ5ZG pic.twitter.com/FYhb54mCAZ

A Los Angeles Times reporter tweeted a video saying she was struck “point blank” range with tear gas by the Minnesota State Patrol after identifying herself as press.

Molly Hennessy-Fiske with the Times said she was at the 5th Precinct with “at least a dozen” other media. She had her notebook in her hand when the State Patrol “advanced” on her group, who identified themselves as journalists, she said.

“They fired tear gas canisters on us at point blank range,” she said. She was hit in the leg. “I was saying ‘Where do we go? Where do we go? They did not tell us where to go. They didn’t direct us. They just fired on us.”

Former Pioneer Press reporter Ryan Faircloth, now with the Star Tribune, said he was struck by broken glass when his car window was shot out as he tried to drive out of the way of police.

This is @RyanFaircloth, a reporter with the @StarTribune. He says he was trying to get home when police shot out his window.

He is bleeding but seems ok. pic.twitter.com/LYH0h7c4hf

A KSTP-TV reporter tweeted that he and his crew were also fired upon with tear gas and pepper sprayed after identifying themselves as press.

Myself, photographer, and producer just made it back to the car. We were with a group of media and thought we were in a safe spot. We kept saying we’re media. Police tear gassed and pepper sprayed the entire group. Everyone ran. It was insane. It happened so fast. pic.twitter.com/Wl3Fzzlsnw

Another CBS reporter, not from the local WCCO affiliate, said Minneapolis police struck his sound engineer with a rubber bullet.

“We were not standing within 500 feet of any protesters and we had credentials displayed and cameras out,” he tweeted.

Police in Minneapolis are firing on us (press) with rubber bullets. Our sound engineer John Marschitz was hit. He is ok. We were not standing within 500 feet of any protesters at the time, and we had credentials displayed and cameras out. #cbsnews pic.twitter.com/Ai6Qd8gLjz

A KMSP-TV news crew said their windshield was shattered by rubber bullets fired during the protest. They didn’t say which agency fired the bullets.

WCCO photojournalist records himself getting shot in the leg with a rubber bullet and arrested by state patrol pic.twitter.com/kPVn6SZU65