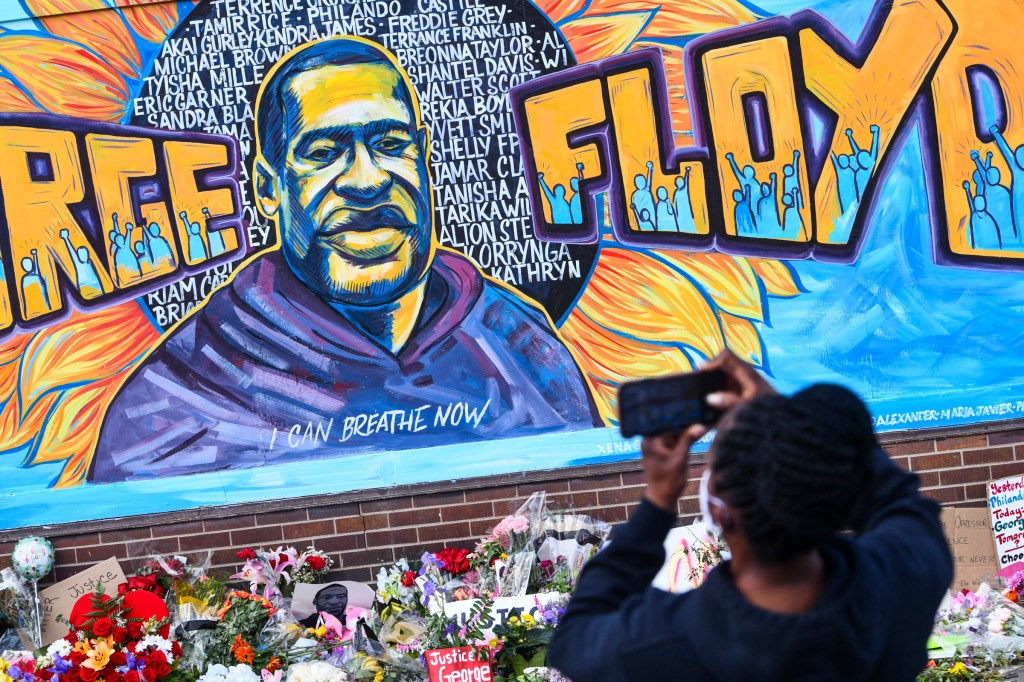 George Floyd’s family on Wednesday demanded the arrest of all four police officers involved in his death, as they visited a makeshift shrine at the Minneapolis street corner where the black man died after a white officer pressed a knee on his neck as he pleaded for air.

The officer, Derek Chauvin, has been fired and charged with third-degree murder and second-degree manslaughter. Three other officers who were present were also fired but have not been charged in Floyd’s May 25 death.

Widely seen bystander video showing Floyd’s death has sparked sometimes violent protests  around the world against police brutality and discrimination.
The family’s attorney, Ben Crump, repeated his call for all four officers to be charged.

“He died because he was starving for air,” Crump said. “He needed a breath. So we are demanding justice. We expect all of the police officers to be arrested before we have the memorial here in Minneapolis, Minnesota, tomorrow.”

CNN is reporting that Minnesota Attorney General Keith Ellison has reviewed the case on the officers and is expected to make an announcement later today.

Gov. Tim Walz made an unannounced visit to the memorial earlier Wednesday. And on Tuesday, Walz and the Minnesota Department of Human Rights launched a civil rights investigation  of the Minneapolis Police Department and its history of racial discrimination, in hopes of forcing widespread change.

The official autopsy by the county medical examiner concluded that Floyd’s death was caused by cardiac arrest as police restrained him and compressed his neck. The medical examiner also listed fentanyl intoxication and recent methamphetamine use, but not as the cause of death.

Crump and the Floyd family commissioned a separate autopsy that concluded he died of asphyxiation due to neck and back compression due to Chauvin’s knee on his neck and other responding officers’ knees in his back, which made it impossible for him to breathe.