African-American leader: St. Paul board members who voted to remove SROs will have ‘blood’ on hands if there’s school violence 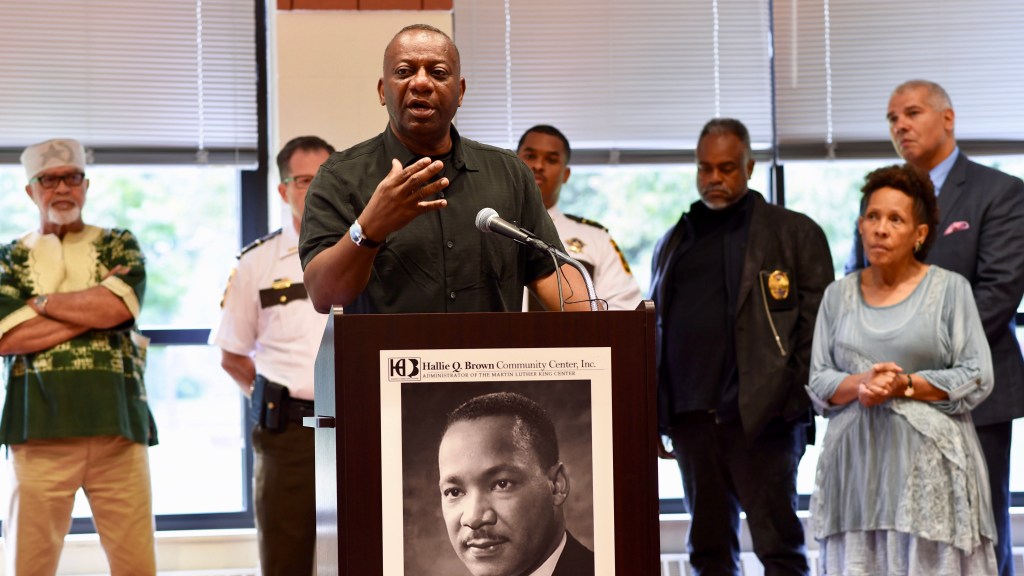 The president of the African American Leadership Council told St. Paul school board members who voted to remove school resource officers from the schools they will have “blood” on their hands if a child or teacher is hurt or killed.

Tyrone Terrill, who wrote a Sunday night email to board members in partnership with the St. Paul Black Interdenominational Ministerial Alliance, said the board was acting “on emotions and not facts.”

The school board voted 5-1 last Tuesday to no longer pay the city of St. Paul to post police officers in seven high schools and to instead develop a new safety plan.

St. Paul school board members previously debated whether officers belong in the schools and the May 25 death of George Floyd in Minneapolis police custody sparked the discussion again.

“Once again SPPS has made it clear that you do not care about Black families as it is our Black children who are failing in all of your schools,” Terrill wrote in the email. “If you were as dedicated to get rid of poor performing superintendents, principals and teachers, who year after year fail to educate our Black children as you were to getting rid of SROs in our schools our Black children might have a chance to at least get a marginal education.”

Terrill said he had not received a response as of early Monday evening. He also sent the email to Superintendent Joe Gothard. District spokesman Kevin Burns said Gothard did not have a comment on Monday.

Since the board’s vote last week, the district has “already started work on a safety plan for our district” and it’s due to be presented at the board’s August meeting, Burns said.

At the time of the vote, St. Paul school officials had received over 1,000 emails on the subject, most of them urging an end to the program.

Between the vote and early Monday night, 15 messages were sent to the school board’s general email address — eight expressed disappointment and anger at the decision, four agreed with the board and thanked them for the decision and three wondered about the plans moving forward, according to Burns. The number doesn’t include messages that were sent to individual board members’ email addresses.

Terrill directed his email to the board members who voted to not continue the contract, which had the St. Paul district paying up to $775,000 this school year. Board members Chauntyll Allen, Zuki Ellis, Jeanelle Foster, Jessica Kopp and Steve Marchese could not be reached for comment Monday.

About 80 percent of the people shot in St. Paul this year have been Black, which Terrill said prompted him to write in his email “there is a 75% chance that the student that will be hurt or killed in a SPPS school or event will be Black student, so as I said earlier in this email the ‘BLOOD’ will be on your hands.”