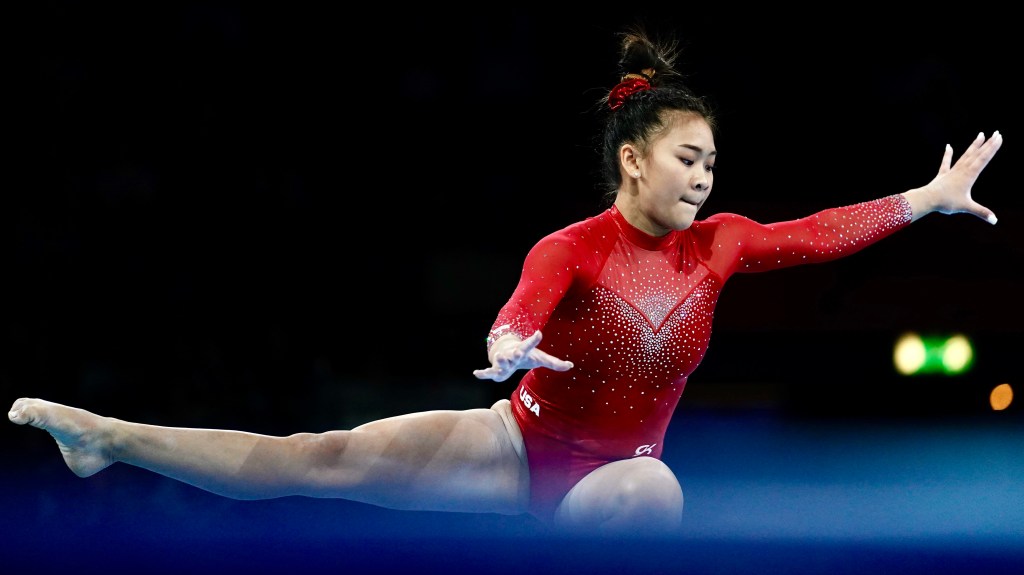 In less than a year, Sunisa Lee’s world has been completely turned upside down.

She became a household name last August with her stunning performance at the U.S. Gymnastics Championships, and did so while battling through indescribable turmoil.

In the days leading up to the national competition, her father John fell from a ladder while helping a friend trim a tree branch. He sustained a spinal cord injury that put him in the hospital and left him paralyzed from the chest down.

Somehow, the St. Paul gymnast bottled up her emotions and used them as fuel, taking first place on uneven bars and finishing as runner-up to the GOAT Simone Biles in the all-around.

That mental fortitude put Lee firmly on the map and positioned her to chase down her lifelong dream of qualifying for the 2020 Olympics in Tokyo. She will need more of the same moving forward amid the toughest year of her life.

“Sometimes it’s hard to think this is real life,” Lee said. “It’s like the stuff in movies. You don’t think it’s ever going to happen and then it does. It’s definitely tested my character.”

As if her father’s accident wasn’t enough to deal with, Lee, 17, has been forced to battle through more adversity over the past few months.

She watched helplessly as the coronavirus pandemic postponed the 2020 Olympics for at least a year. She sat back as civil unrest spread across the Twin Cities in the aftermath of George Floyd’s killing. She tried to be a rock for her family as her aunt and her uncle passed away a couple of weeks apart.

All the while Lee’s safe haven was taken from her, too, as Midwest Gymnastics in Little Canada was shut down amid statewide restrictions.

“I’ve had to deal with a lot,” Lee said. “There’s just been so much negativity around the world. It’s been hard to stay positive. I’m trying.”

A few weeks ago, Lee injured her left ankle upon returning to the gym. She’s currently in a walking boot and working with coach Jess Graba to figure out a plan for the next few months.

“It seems like it’s been nonstop bad news,” Graba said. “I think the hardest thing for her is staying motivated on a day-to-day basis when we aren’t sure what’s going to happen. We spent nearly 10 years planning for this. It’s like everything was built around the 2020 Olympics, and then it all changed.”

That’s still hard for Lee to stomach, especially knowing the 2020 Olympics were supposed to start in a couple of weeks. “It’s super weird,” she said. “I was talking to my coaches and I was like, ‘I could’ve been an Olympian right now.’ It’s hard to come to grips with that sometimes. I try not to think about it.”

In the moments that she does, Lee remembers that everything she wants to accomplish is still in front of her. She remains among the best gymnasts in the world and knows she needs to start thinking about the Olympic Trials sooner rather than later.

“It’s hard to motivate myself sometimes because I felt like I lost everything,” Lee said. “It feels so much different than last year. I remember I was already panicking thinking about the Olympics because I knew it was coming up fast. Now it feels like they aren’t coming anytime soon because everything keeps changing.”

That’s not at all the case, and Lee will likely have to follow a similar schedule if she wants to be ready for the Olympic Trials next year. That’s something Graba has tried to hammer home while also making sure not to plan things too far in advance. He has kept benchmarks more general than usual with everything still up in the air.

“It’s really hard because we don’t want her to feel like she has to keep picking up the pieces,” Graba said. “I want to try to avoid setting her up to have a big goal only to have that get taken away again. She’s had enough stuff to deal with over the last year or so.”

As tough as life has been, Lee is grateful for the time she got to spend with her family over the past few months. Her life is usually consumed by gymnastics, so it was nice to take a step back during such a tough time.

That said, Lee was thrilled to get back into the gym last month. She said it provided a sense of normalcy, allowing her to latch on to something familiar in a time surrounded by so many unknowns.

“I felt like she was a little lost,” Graba said. “It’s such a big portion of what she does every day, and all of a sudden everything just stopped. You could just see it as soon as she got back in the gym the first day and it seemed like there was a weight lifted off her shoulders. She felt like she could finally do something about everything that was going on.”

As she continues to rehab her left ankle, Lee vowed to take it day by day and return stronger than ever. It’s hard to bet against her at this point.

“It definitely hasn’t been an easy journey,” Lee said. “But if I make the Olympics then obviously it’s going to be worth it.”