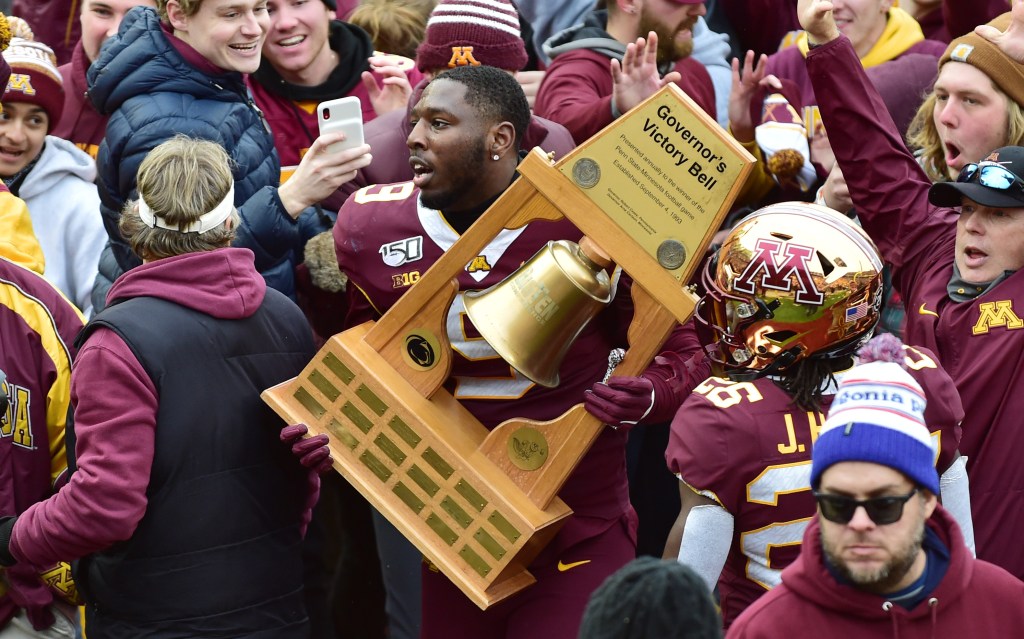 When the Gophers football team was climbing to a historic 11-2 season in 2019, head coach P.J. Fleck often went back to one preseason guidepost: How Minnesota was picked to finish sixth in the West Division.

Fleck and the U won’t have that reference point to use as motivation this fall — if there is a season amid the coronavirus pandemic.

The 10th annual Cleveland.com Big Ten poll has picked Minnesota to finish second in the West, according to 34 votes cast by reporters covering the conference.

The same contingent picked Minnesota to finish sixth in the West a year ago, but the Gophers out-performed that, going 7-2 in conference play and losing the division title tiebreaker to Wisconsin, 38-17 in the regular-season finale in November.

The Badgers are picked to repeat as West champs, with 19 of the 34 first-place votes. The Gophers picked up 14 first-place tallies and Northwestern one.

The Buckeyes were the runaway favorites to win the Big Ten Championship game. They received 33 out of 34 votes in the East; Penn State had one. No pollster had the Gophers winning the Big Ten title, falling to either the Buckeyes or Nittany Lions in Indianapolis.

Last year was not an accurate forecast for the pollsters, which includes the Pioneer Press. The poll picked Nebraska to win the West and Michigan to capture the East. But the Cornhuskers finished sixth in West; Wolverines third in East.

For this season, Buckeyes quarterback Justin Fields took 33 of 34 votes for preseason offensive player of the year, with Gophers’ Rashod Bateman, the conference’s receiver of the year in 2019, netting the one other vote. (Pollsters picked a top three and votes were counted up.)

Penn State linebacker Micah Parson was the unanimous pick for preseason defensive player of the year. No Minnesota defenders received a vote.

The Pioneer Press picked the Gophers second in 2019 (behind Iowa) and in 2020 (behind Wisconsin), with this year’s educated guess considering how Minnesota needs to replace four NFL draft picks on defense.