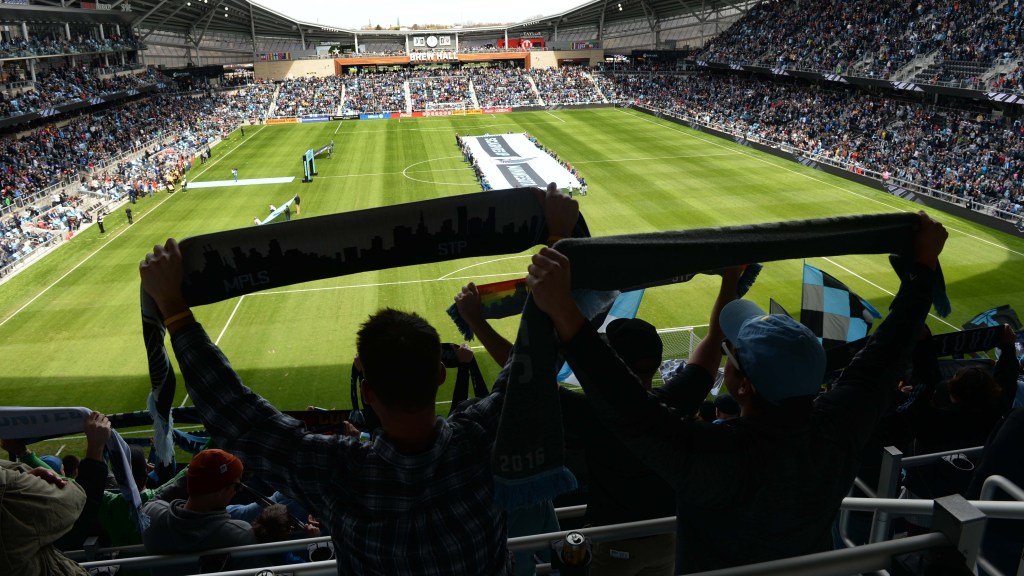 Minnesota United announced Saturday six new regular-season games through mid-September, and the Loons’ three scheduled home games won’t have fans at Allianz Field out of precautions during the coronavirus pandemic.

MLS said it will release the rest of each club’s 18-game schedule in September while coordinating with medical officials and considering travel restrictions in between the U.S. and Canada. The regular season is expected to finish Nov. 8 before going into an expanded MLS Cup Playoffs format.

The Loons, which have yet to host a game in St. Paul this year, said they will follow comprehensive health and safety protocols, including regular testing for players and staff. United said it will play “behind closed doors to ensure the safety of our players, staff and fans.”

Meanwhile, Kansas City will have fans at Children’s Mercy Park, but at 14 percent capacity; Dallas will have no more than 5,110 fans at Toyota Stadium; Houston won’t have fans at BBVA Compass Stadium.

MLS said teams will take chartered flights to games and the majority of the trips will be leave and depart the host cities on the day of the game.

The expanded playoffs will grow from 14 teams in last year’s format to 18 of the 26 clubs in 2020. It will begin Nov. 20 with single-elimination games and a bracket format in home markets of the higher seed. MLS Cup is set for Dec. 12.

Since the regular season started in March, United is undefeated in the five games (3-0-2) that count toward the regular-season standings.