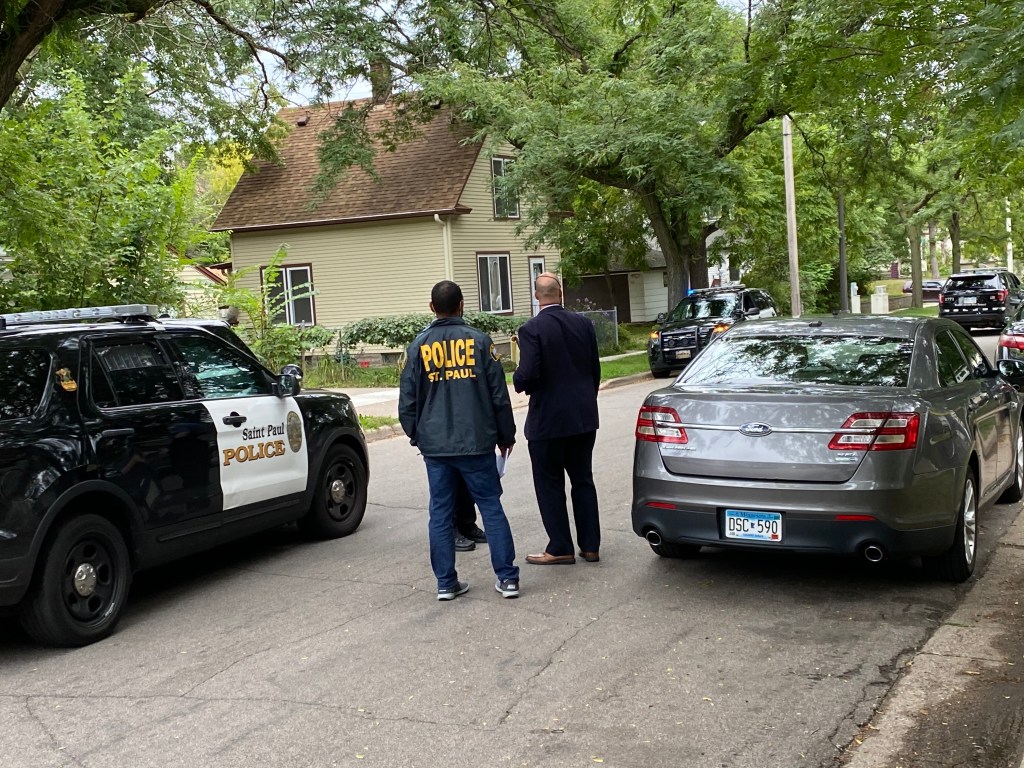 Police identified on Monday a man killed in a weekend shooting in St. Paul as a 31-year-old from Hastings.

Ervin L. Dukes III, was found dead in a Payne-Phalen home on Saturday, after officers responded to a report of a shooting about 4 p.m. at Lawson Avenue and Mendota Street.

Officers arrested Daniel Sheppard, 43, on Sunday afternoon in Red Wing on suspicion of murder. Krisandra Jenkins, 35, was taken into custody on suspicion of aiding an offender.

Jenkins is the sister of the homeowner, 37-year-old Nathaneal Jenkins. Officers arrested him on suspicion of obstructing legal process after he returned to the house when police were still processing it for evidence. Police said they told him multiple times that he was not allowed to enter the house, but he disregarded the officers and ducked under the crime scene tape.

On Sunday, about 90 minutes after police finished processing the crime scene, the fire department received reports of smoke and flames coming from the house. Firefighters responded and extinguished the fire.