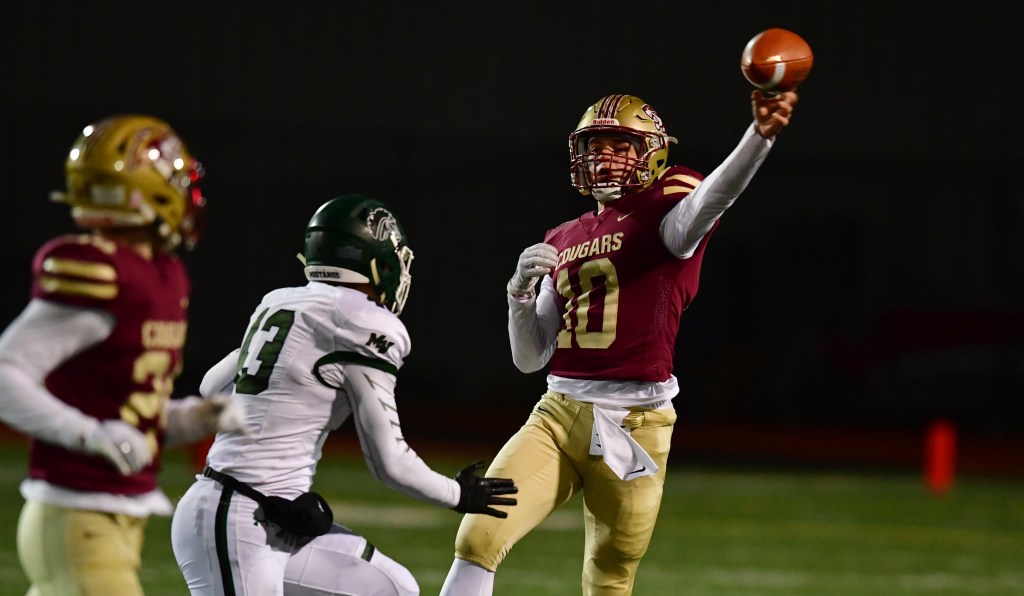 Minnesota high school football and volleyball may be played this fall, after all.

Discussion at a Minnesota State High School League board of director’s workshop Tuesday is expected to lead to a special meeting being called for Friday. At that meeting, the board will likely vote on whether or not to have football and volleyball moved back to this fall.

This all comes just a month and a half after the MSHSL originally voted to move the two seasons to a hybrid spring season that would be sandwiched between the traditional winter and spring seasons.

But since then, the states surrounding Minnesota have moved forward with their high school football seasons, and Michigan reversed course on its original decision not to play this fall. MSHSL associate director Bob Madison said there hasn’t been the spread between football teams that was originally anticipated.

Both football and volleyball coaches alike have indicated their preference is to play their respective sports this fall.

But the idea of flipping a switch so quickly has some board members nervous. There are athletic directors out there who think a decision has been made and plans are in place, so why change now? Board member Dustin Bosshart questioned what kids who decided to try new sports would do should their original sports now be offered? Does the star quarterback now quit the soccer team he’s been playing with for more than a month? Will football or volleyball players currently entrenched in club sport seasons even decide to come back to the school scene this fall? There are football players who moved to different states to play this fall — can they be allowed to return?

“I want football to happen. I want it to happen in the fall,” Bosshart said. “But bringing it back in the fall creates a lot of issues that I don’t even think people are looking at.”

But board member Bill Tauer noted club sports haven’t played a major role in MSHSL decisions before, so why would they now?

“Not all kids can afford club sports. Out in our area, we don’t have any club sports right now,” Tauer said. “If we don’t do something, club sports are going to take over, and I think the League will be in trouble.”

MSHSL associate director Jody Redman said if volleyball is moved back to the fall, it wouldn’t start until Oct. 12, after most fall club seasons have finished. Football — which opened fall practices Monday — could theoretically be legitimately playing games two weeks from this Friday, only a week after the Wisconsin high school season kicks off.

So if a decision is to be made, board member Gary Revenig said, it needs to be swift. Hence the reason for Friday’s meeting. Board members and MSHSL staff members have received countless emails in recent weeks from parents and coaches pleading for there to be a fall season. There is a Facebook group titled “Let Them Play MN” with 14,700 members, all of whom want the return of the football and volleyball seasons.

The MSHSL insists its making its decisions with the best information it has at its disposal.

“From the beginning of the COVID situation, our focus has been, as a board and as a staff, to get the best information and provide the leadership that’s necessary,” MSHSL executive director Erich Martens said. “The decisions that have been made are board decisions.”

Daniel Huff from the Minnesota Department of Health spoke to the board Tuesday, and he noted there will be cases of COVID-19 passed between youths whether there are organized high school sports or not.

“There will still be kids who go to the weight room, they will still be socializing, they will still be spreading it within their own community. However, (without sports) it is separate from you,” Huff said. “So there is obviously your own liability, your own PR perspective of what risk are you willing to accept as an organization for it happening under your watch, so to speak.

Board member Frank White is concerned this issue has turned political, rather than medical, which he called “unfortunate.”

“But I understand that. I understand the emotion of parents wanting their kids, their neighbors to play. For me, just for me, after listening today to the Department of Health … I don’t see anything that would change my opinion about where we stand,” White said. “Yes, I would like to see kids play, but I think we have a bigger issue than that. It’s just not the kids, or how it impacts the kids, it’s for the communities as a whole.”

Ahead of Friday’s meeting, the board will continue to collect information from the Department of Health, while also collecting survey answers from member schools.

“I think it’s important to recognize that the calling of a special meeting doesn’t indicate an outcome,” Martens said, “and the work continues forward.”