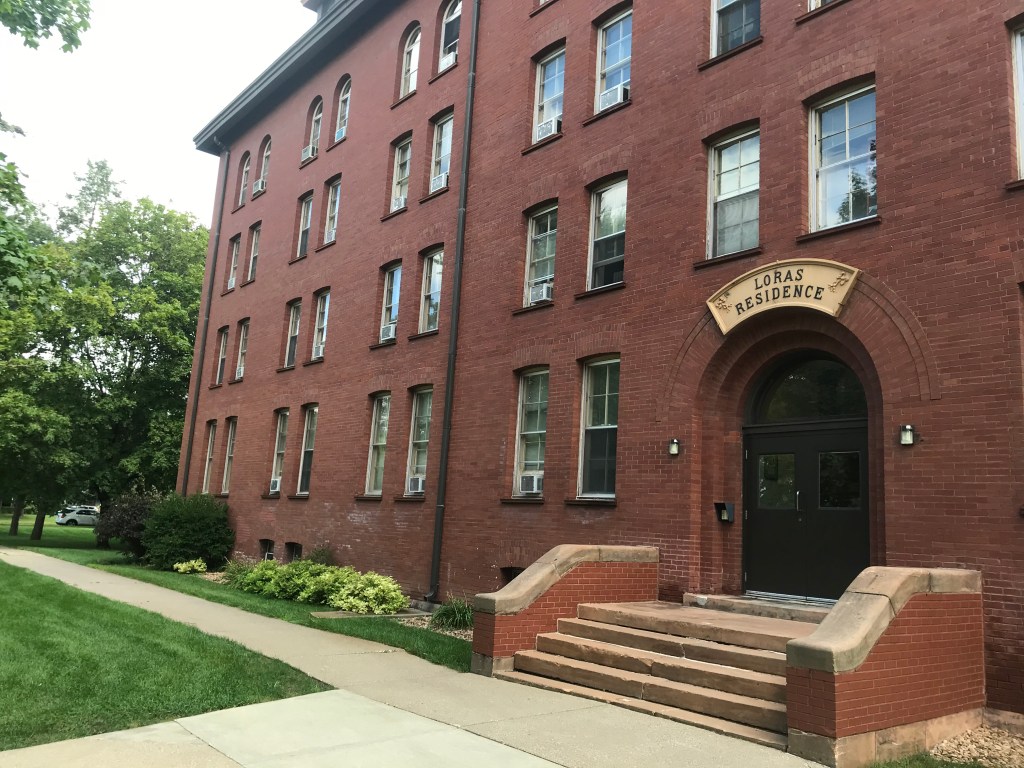 The University of St. Thomas is studying how to respond to revelations that Bishop Mathias Loras, whose name is on a building on the St. Paul campus, bought an enslaved woman while living in Alabama.

Loras College in Dubuque, Iowa, was the first to act earlier this month after a researcher brought the bishop’s slave-owning past to light. The Catholic college said it would keep its name but move a statue of its founder into storage.

At St. Thomas, Loras Hall, designed by the prominent architect Cass Gilbert, already was tentatively slated for demolition to make room for a new science, technology, engineering, arts and math complex. Construction could start as soon as spring 2022, but the project depends on fundraising and the school may yet choose a different location that would spare Loras Hall.

In a letter Tuesday, St. Thomas President Julie Sullivan wrote that changing the name of Loras Hall or hastening its demolition “might seem the logical next step … (but) a commitment to comprehensive truth and reconciliation approach cautions us against taking a swift approach to merely erase his name.”

Sullivan is establishing a committee of faculty, students, staff, alumni and trustees to develop principles on renaming campus buildings, spaces and programs. A second group then will make a recommendation for dealing with Loras Hall specifically.

A panel discussion will be held next month to start the process of understanding Loras’s “actions and legacy in the context of our university’s history,” Sullivan wrote.

Loras was the first Roman Catholic bishop of Dubuque, leading the church until the Diocese of St. Paul was created in 1850 with Bishop Joseph Cretin at the helm.

Loras Hall was built as one of three residence halls for the St. Paul Seminary, the others named for Cretin and his successor, Thomas Grace.

No longer used for housing, Loras Hall now holds offices for the communications staff and others, the Selim Center, photography and podcast studios and music classrooms.

A researcher recently discovered Loras had enslaved a woman named Marie Louise in Mobile, Alabama, from 1836 until 1852. When he moved to Iowa, he hired her out and used the proceeds to build his ministries, Loras College President Jim Collins wrote in a separate letter to his college community.

“A core conviction of the University of St. Thomas is to see and respect the dignity of every human being; the sin of slavery directly contradicts that conviction, and Bishop Loras’ participation in slavery is reprehensible,” she wrote.

Previous biographers had established that Loras was a slave owner, but the new information challenges past depictions. There’s no evidence Loras ever expressed remorse for his actions, Loras College officials said.

Macalester College last year scrubbed the name of its founder, the Rev. Edward Duffield Neill, from two campus buildings over his “racist and dehumanizing” writings toward indigenous people.

At the University of Minnesota, then-President Eric Kaler last year recommended four past campus leaders have their names taken off campus buildings for anti-Semitism or supporting segregation. But the Board of Regents voted 10-1 to keep the names.

This report includes information from The Associated Press.