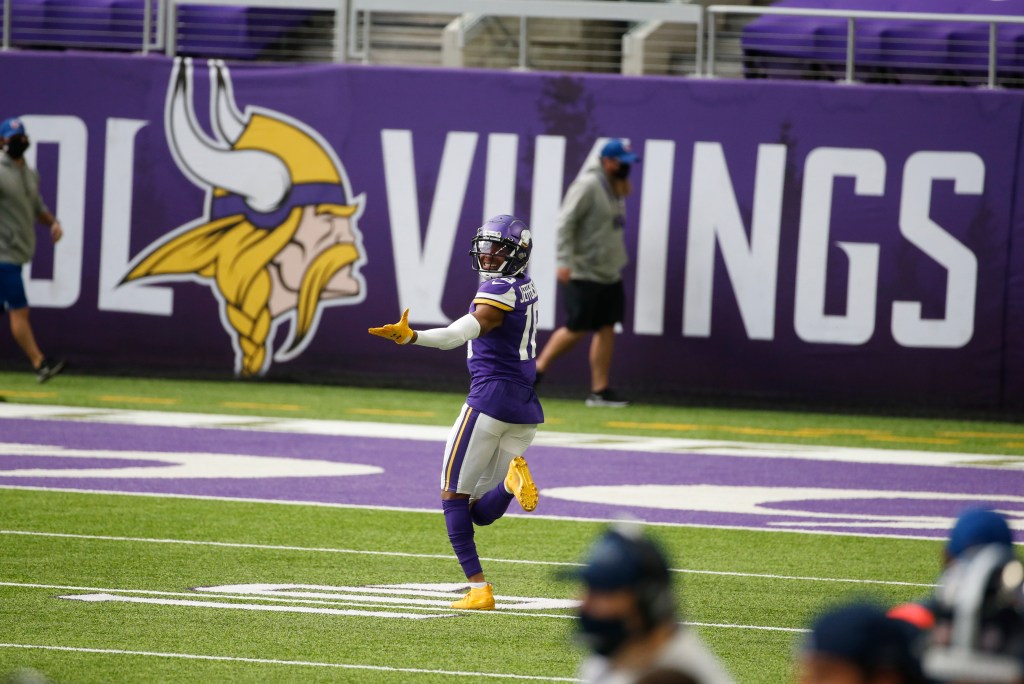 A star was born on Sunday afternoon at U.S. Bank Stadium. If nothing else, that gives the 0-3 Vikings a glimmer of hope. Rookie receiver Justin Jefferson appears to be the real deal.

While the season itself looks destined for disaster, at least there is reason for optimism down the road.

After a ho-hum start to his career, Jefferson broke out against the Tennessee Titans with 175 receiving yards and a touchdown, the bright spot for the Vikings after a heartbreaking 31-30 loss.

“It doesn’t really matter how many yards or catches or touchdowns I had; we still lost,” Jefferson said. “We still have some things to fix and things to improve. We just need to dial in next week and come out with the W.”

You had to feel for the 21-year-old said as he delivered his opening statement. His performance was completely overshadowed by the fact Minnesota let the game slip out of its grasp in the final minutes.

That said, Jefferson’s willingness to look big picture and focus on team improvements rather than personal achievements illustrates why the Vikings drafted him in the first round of the 2020 NFL Draft.

They truly believe he can replace receiver Stefon Diggs opposite star receiver Adam Thielen, and if Sunday proved anything it was that Jefferson deserves more chances to prove it.

“Just being able to go out there and make those big plays for the team, putting points on the board, and setting this team up for success, that’s all that really matters to me,” Jefferson said. “It boosted my confidence a lot coming out here and having a game like that on a high level.”

It also likely boosted offensive coordinator Gary Kubiak’s desire to keep going back to Jefferson in big moments. This was the Vikings’ first competitive game of the season, and in their first two games Jefferson had a combined five catches for 70 yards.

He was crucial to the offense on Sunday.

Not only did Jefferson prove to be a nice security blanket for Cousins in the first half, he showcased his ability as a deep threat with an impressive 71-yard touchdown. He hauled in a pass while stumbling, managed to keep his feet, then made a couple of defenders miss in the open field before racing to the end zone.

That big play was the cherry on top for Jefferson. He eclipsed the century mark before halftime, becoming the franchise’s first rookie since Randy Moss to have 100 receiving yards in a half. He came a few plays short of short of breaking Sammy White’s rookie receiving record of 210 yards in a game.

Indeed. While it’d be foolish to crown Jefferson right now, he certainly passes the eye test upon first glance. He needs to string together a lot more big games before he can even be mentioned in the same conversation as Diggs and some of the other top-tier pass catchers in the league.

All the Vikings have to do is get him the ball.

“It’s a bright future for us,” Jefferson said. “We are just making critical errors in the game, especially late in the game, and we need to fix it. We are 0-3 right now. We need to start winning some games and get back on track.”