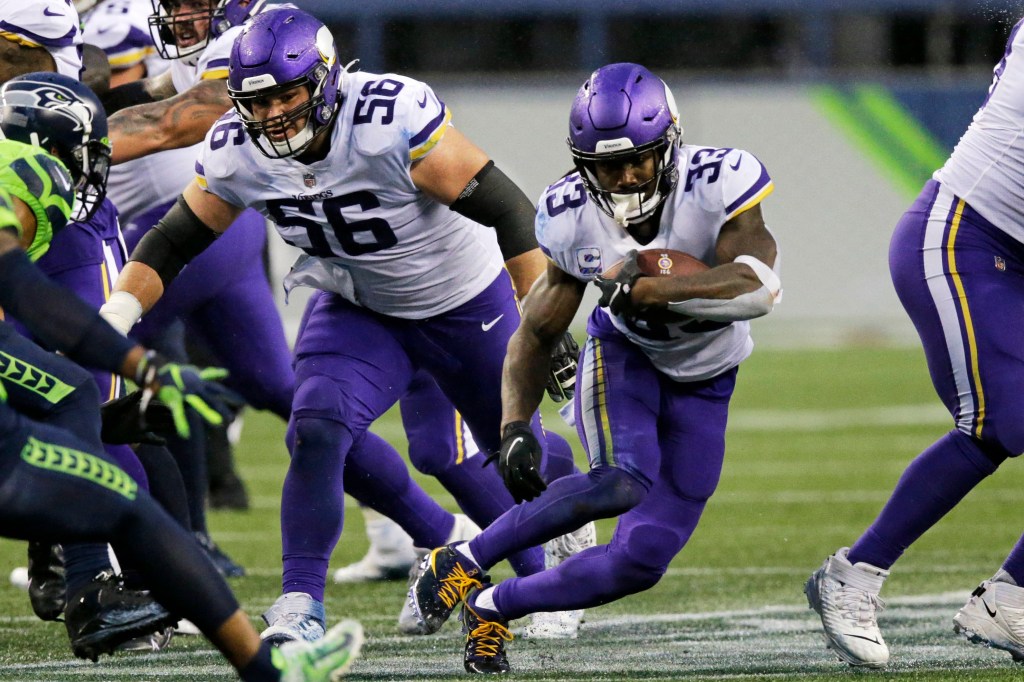 Vikings running back Dalvin Cook missed practice on Friday and is unlikely to play Sunday against the Atlanta Falcons at U.S. Bank Stadium.

Cook suffered a groin strain on Minnesota’s first play of the second half in last Sunday night’s 27-26 loss at Seattle and didn’t practice all week. He is expected to be replaced against the Falcons by Alexander Mattison, who rushed for a career-high 112 yards against the Seahawks.

Also not practicing Friday and in jeopardy of being out Sunday are guard Dru Samia (wrist), cornerback Holton Hill (foot) and Kris Boyd (hamstring) and wide receiver K.J. Osborn. The Vikings could turn to rookie Ezra Cleveland to replace Samia at right guard.

Osborn was Minnesota’s punt and kickoff returner in three of the first four games. Expected to handle those duties Sunday are wide receiver Chad Beebe on punts and running back Ameer Abdullah on kickoffs.