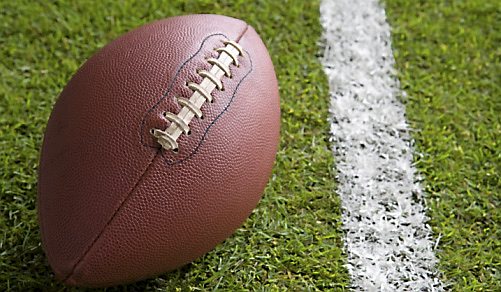 On Thursday, many of the Woodbury players were paying attention as their Metro East rivals East Ridge stunned fourth-ranked Lakeville North 13-0.

On Friday, the seventh-ranked Royals put together a shutout of their own, blanking Stillwater 45-0 in Woodbury.

Woodbury and East Ridge appear on track for an undefeated showdown on Oct. 30 which will likely decide the champion of the Metro East subdistrict. Woodbury (2-0) has finished first in the district the past two seasons. East Ridge (2-0) last sat atop the conference in 2016.

“We heard about East Ridge beating Lakeville North,” Woodbury junior running back RJ Altman said. “It’s going to be a battle again. But we are hammering everybody, so we’re going to go in with some confidence.”

Friday’s game certainly helped that cause. Woodbury scored on its first possession, as senior quarterback Donald West capped off a 13-play, 65-yard drive with a one-yard rushing touchdown, and the Royals never looked back.

Following a Stillwater (1-1) fumble late in the first quarter, Altman scampered into the end zone for a nine-yard touchdown to give Woodbury a 14-0 lead. Before the second quarter was over, the lead grew to 31-0 thanks to an 81-yard interception return for touchdown by junior Joey Gerlach and a 26-yard touchdown pass from West to senior Mac Lockner.

The Royals defense surrendered just one first down in the first half. In two games Woodbury has outscored opponents 94-10.

“The defense gives us so much confidence,” Altman said. “When the defense can stop them every single time, we just have so many opportunities to score.”

Woodbury finished with 68 offensive plays, dwarfing Stillwater’s 39. Stillwater could muster only 134 yards of offense to Woodbury’s 338. The Royals forced two fumbles, an interception and two turnovers on downs.

“(Defensive coordinator) coach Roberts gets all the credit. He runs our defense. He gets after them about being physically and mentally tough, and they were tonight,” Woodbury head coach Andy Hill said.

“We’re really resilient. It’s the second week in a row that we weren’t perfect, but we just get back up and get it at the next play,” Hill added. “I’m proud that we played through our mistakes and stood up for ourselves. Now it’s just about putting our kids in position to make big plays.”

Among those mistakes were several muffed snaps and a fumble by West. Despite that blip in West’s performance, the senior quarterback stood out for the second week in a row, and Hill believes he will only continue to improve. Prior to this season, West was an outside linebacker, but he was moved to quarterback with the hopes of bringing more explosion to the offense. Through two games, he has five touchdowns (two passing, three rushing).

“He’s throwing the ball really well,” Hill said. “He reads the defense well for a guy doing it at the varsity level for the first time. He’s a complete dual-threat.”