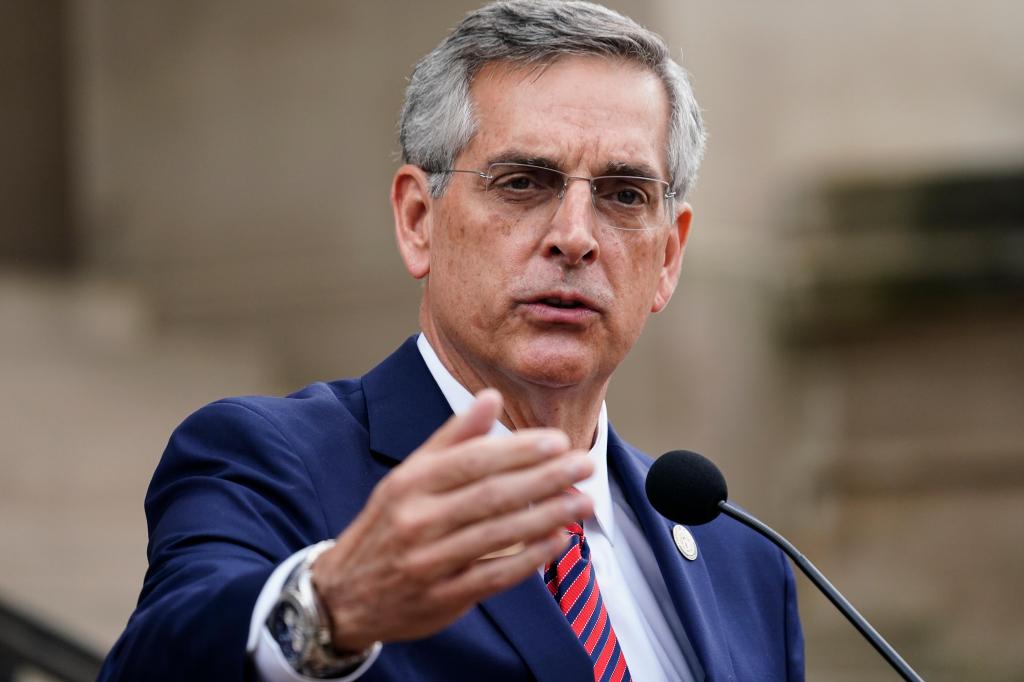 Secretary of State Brad Raffensperger plans to certify the election by Friday, a deadline set by state law to finalize results.

The hand recount, which also functioned as an audit of the election, mostly aligned with initial machine counts. It also uncovered almost 6,000 ballots in four counties that had been overlooked in the initial tally, resulting in Trump closing his deficit to Biden by 1,400 votes.

The hand recount showed some differences from the original machine count, which election officials said they expected. The margin in the recount between Biden and Trump was about 500 fewer votes than unofficial estimates of the machine count from the secretary of state’s office.

The recount and audit, ordered by Raffensperger last week, was a major effort to verify the results of the presidential election.

“Georgia’s historic first statewide audit reaffirmed that the state’s new secure paper ballot voting system accurately counted and reported results,” said Raffensperger, a Republican. “This is a credit to the hard work of our county and local elections officials who moved quickly to undertake and complete such a momentous task in a short period of time.”

Most counties found no change in their final tally, and most of the remaining county found changes of fewer than 10 ballots, the audit showed. No county had an error rate higher than 0.73% compared to their original results.

Initial election results were produced by optical scanners that read either bar codes on printed-out paper ballots or filled-in ovals on absentee ballots.

The recount reviewed every ballot by hand, with humans reading the printed text or ovals on each ballot across Georgia’s 159 counties.

Biden is on track to receive Georgia’s 16 votes in the Electoral College, which will meet Dec. 14 to cast their ballots for president.

“We’ve been saying from the beginning that the results of this audit would show that Joe Biden won this race,” said Maggie Chambers, a spokeswoman for the Democratic Party of Georgia.

There could be another recount next week. Under Georgia law, candidates have the right to request a machine recount after certification if they lost by less than half a percent. Trump was trailing Biden by about 0.3%. The cost of the recounts will be paid by taxpayers.

If the next recount finds the original count was incorrect, the results of the election would be recertified, according to state law.