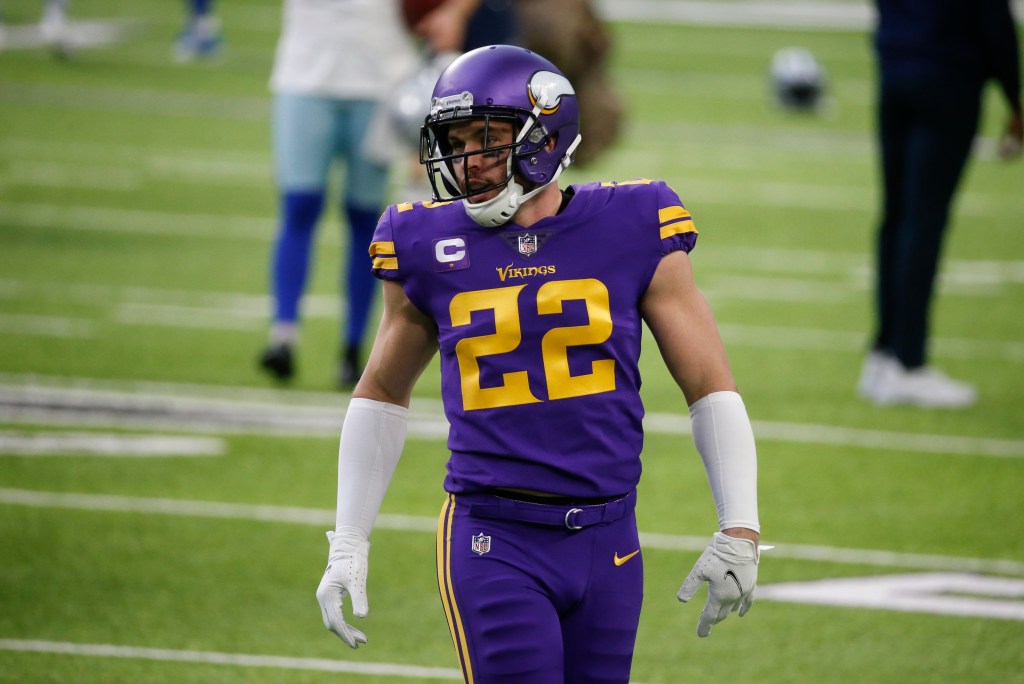 Between 2015-19, the Vikings had seven different defensive players make a total of 21 Pro Bowls. This season, they were shut out on defense.

Granted, with the Pro Bowl not being played this season due to the coronavirus pandemic, no alternates will be named. But Monday’s voting results are another reminder how much Minnesota’s defense has fallen off under head coach Mike Zimmer.

“As a guy who’s been on a lot of very good defenses, it’s not the Vikings’ standard to not be top five, top 10 in pretty much every category,’’ safety Harrison Smith, in his ninth season, said Tuesday. “But that’s how NFL seasons go sometimes. You get some injuries, things like that.’’

The Vikings all season have been without defensive end Danielle Hunter, a two-time Pro Bowl selection, due to a neck injury. They lost linebacker Anthony Barr, a four-time Pro Bowl pick, for the year in the second game with a shoulder injury. And they have been without linebacker Eric Kendricks, who was first-team all-pro last season and made the Pro Bowl, for the past three games due to a calf injury.

With the Vikings opting to shed salary and get younger, not returning for this season were defensive end Everson Griffen, nose tackle Linval Joseph and cornerback Xavier Rhodes. All made multiple Pro Bowls.

Smith has been selected to more Pro Bowls than any Minnesota player since Zimmer arrived in 2014. But Smith’s five-year streak has come to an end.

“It’s never something I focus on too much,’’ Smith said. “It’s always about, ‘Am I executing what my coaches are asking of me? Am I in the right spots? Am I am dependable player? …. Everything else is everything else.’’

Jordan, the son of former Vikings star tight end Steve Jordan, was ejected early in the fourth quarter of a 32-29 home loss to Kansas City for taking a swing at offensive lineman Andrew Wylie. But that evening, his wife, Nikki, gave birth to the couple’s fourth child, Chanel.

The baby girl had been expected to be delivered Monday morning by C-section. But things changed late Sunday morning.

“Her water broke on Sunday morning and Cam was already at the (Superdome), so I took her to the hospital,’’ said Steve Jordan, who was in New Orleans at the family home but did not attend the game. “Unfortunately, he had an early exit because he got ejected from the game. That was unfortunate. But he ended up getting to the hospital and they had the C-section, and he was able to be there and cut the cord.’’

Steve Jordan said doctors were able to hold off on the delivery until his son had arrived, and Chanel was born at about 8 p.m. However, he said it wouldn’t have been out of the question that Cam would have missed the game if the baby was to be delivered earlier.

As for his ejection, Cam tweeted that he “hurt the squad”  and that “this loss on me.” His father talked to him about it.

No excuses! No matter how I feel about it, an ejectable offense was the outcome, I hurt the squad, and in the 4th qtr on a crucial drive! that’s on me! This loss on me! Can’t happen! Whatever the correction I will be better

“I told him, ‘Hey in today’s word, if anything like a swing looks like a swing, and you’re going to get called for it,’’ said Steve Jordan. “I didn’t think it warranted an ejection, but the rules are the rules and he understands that, and he owned it.”

–Even though the Vikings have just a slim shot to make the playoffs, quarterback Kirk Cousins said their approach this week hasn’t changed. “The mentality stays the same, trying to go 1-0 each week,’’ he said. “This week will be no different, especially playing on Christmas Day on a national stage. We’ve got a lot to get excited about.’’

–Due to the coronavirus pandemic, only about 3,000 fans are expected to be allowed at Friday’s game. The Vikings aren’t complaining. “When people ask me what are some of the toughest environments to play, it’s always Seattle and the Superdome,’’ said receiver Adam Thielen, whose Vikings played at Seattle with no fans in Week 5.

–Minnesota protected practice squad rookie offensive lineman Kyle Hinton. So, he can’t be potentially picked up by another team this week.