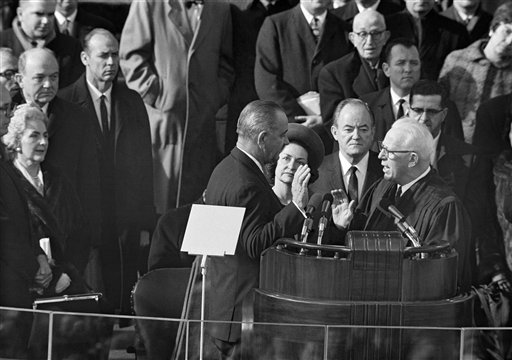 The inauguration of President-elect Joe Biden, who will be the 46th president of the United States, takes place Jan. 20.

The quiz below, from the Ashbrook Center at Ashland University, provides an opportunity to test your knowledge of inaugural traditions, history and processes in America.

1. George Washington’s inauguration as the country’s first president took place in 1789 in what city?

2. The words of the inaugural oath for incoming presidents are specified in what Article and Section of the U.S. Constitution?

3. Until 1937, presidential inaugurations took place in which month?

4. Which constitutional amendment permanently changed the date of the inauguration?

5. One former president had his wife hold the Bible while he took the oath of office. Which wife — and former first lady — was it?

6. Who normally officiates at the swearing-in of the new president?

A. Chief Justice of the Supreme Court
B. Outgoing president of the United States
C. President Pro Tempore of the Senate
D. Speaker of the House of Representatives

7. The first official inaugural ball took place in what year and in honor of what newly sworn-in president?

8. Which president’s inauguration was the first to be broadcast via radio?

9. During his inaugural address, which president said: “Never before have men tried so vast and formidable an experiment as that of administering the affairs of a continent under the forms of a democratic republic. … Upon the success of our experiment much depends, not only as regards our own welfare, but as regards the welfare of mankind”?

10. Which president did not attend the inauguration of his successor?

A.  John Adams
B. John Quincy Adams
C. Andrew Johnson
D. All of the above

Jeremy D. Bailey is a member of the Ashbrook Center faculty and is a professor of political science at the University of Houston. He wrote this for InsideSources.com.