West St. Paul couple says someone has been targeting them with racial slurs and threats. Police are investigating. 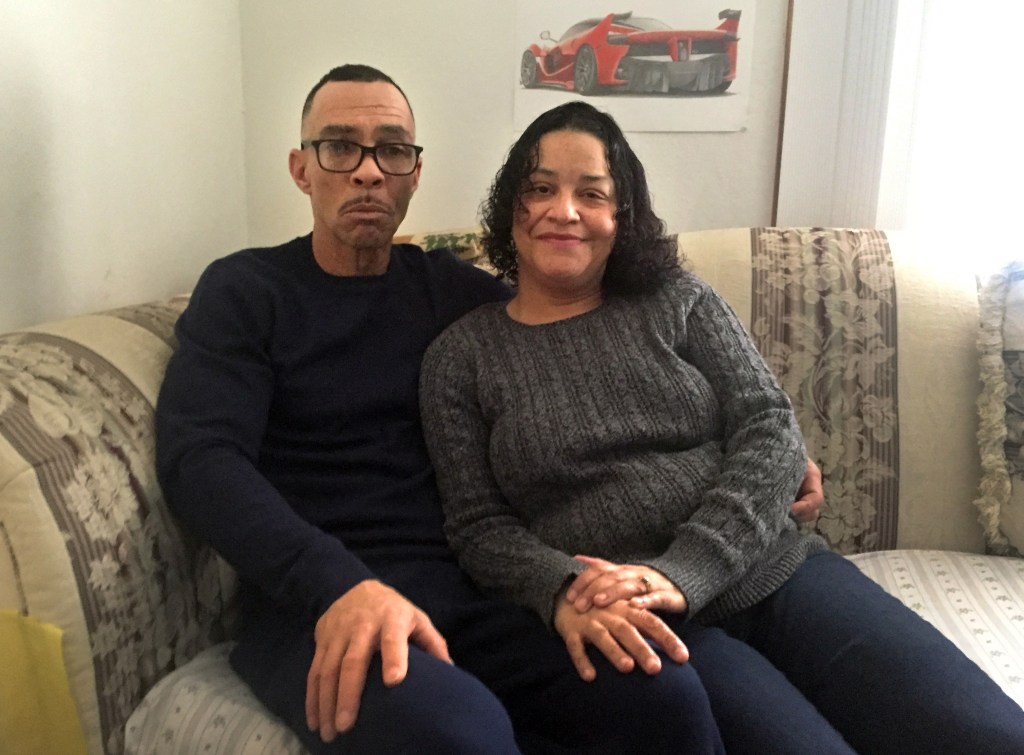 A West St. Paul couple says racial slurs and threatening words and images have been scrawled on their apartment door seven times since last year, with the last two coming this week.

Daryl and Catherine Morrison, who are black, live in a first-floor apartment along Allen Avenue. They say the first five incidents happened during a short span last spring and that four of them included the n-word. Two others threatened Catherine Morrison.

“They were in succession … at a steady pace,” Daryl Morrison said. “Some of them might have been one day that elapsed in between, but within a small pocket of time. But what it showed is that you can expect to have it happen again soon.”

The Morrisons reported the incidents to West St. Paul police, which Chief Brian Sturgeon said this week was investigated along with assistance from the state Bureau of Investigation. They found no solid leads on who was behind them, he said.

“We interviewed residents of the apartment complex and kind of came to a dead end,” he said. “And those incidents ceased shortly after we went full bore with the investigation.”

Until Tuesday, when the couple got home around 9 p.m. and discovered the n-word carved into the wooden door.

“My mind automatically got to churning, ‘Who would do this?’ ” Morrison, 59, said. “And, ‘Why would they do this? Why would it resurface?’ ”

A West St. Paul police officer came out and spoke to the Morrisons and took a picture of the racial slur.

The next day, when Catherine Morrison went to pick up a package from the mailbox lobby, she saw that a stick figure with a noose around its neck had been drawn on the door.

“I grabbed the cat and shut the door immediately and said to Daryl that he needs to come here,” Christine Morrison, 46, said, adding that her husband was not home at the time. “I’m scared to death. Words are OK, but when you actually write something like that — and plus with what’s going on in the world right now — I don’t feel safe here. And I’ve been here for 15 years.”

She said neither she nor her husband, who moved into the apartment about two years ago, have had no other big issues in the building, which is locked to the general public. They have made several complaints to police over loud tenants during the past few months, she said.

Daryl Morrison said he has list of who could be responsible narrowed down to two or three people, “but I just can’t prove it.”

On Friday, he spoke with the local FBI, which investigates hate crimes as part of its civil rights program.

“They told me they have had a file and have been abreast of this since last year,” he said. “They told me what the police and the BCA did to investigate this and that they didn’t turn up anything.”

Morrison said he feels West St. Paul police are not doing enough. He said he is upset because although officers came out after each incident this week — the second time the Morrisons were not home — no one followed up with them in person to tell them how the investigation would proceed or ask how they were doing, until he reached out to the police department Thursday.

“They left us to assume that they are doing something,” he said, adding that a sergeant did visit them Thursday night.

Sturgeon said Friday that several officers, including a lieutenant and an investigator, spoke with the Morrisons over the phone several times during the week prior to the sergeant’s visit Thursday. Sturgeon said he also spoke with Morrison after last year’s incidents.

All of the incidents remain under investigation, he said.

“We are taking this very, very seriously and we’ll do everything we can to find out who the culprits are and hold them responsible,” he said. “I can’t reiterate how important it is for a community to investigate matters like this with everything we have. We have an investigator assigned to the case along with some patrol officers, so we are dedicating as many resources as we can to investigate this matter.”

Chris Hill, who owns the 12-unit building, said that he has been cooperating with authorities during the entire investigation. He said the graffiti was removed off the door within a day or two of each incident.

“We’ve never had an issue like this before,” said Hill, who has owned the building and another one next door for 10 years. “It’s surprising because I have such diversity in both buildings. I can’t understand it, so I don’t know what’s going on other than I got the complaints to remove the graffiti off the door and I talked to him and talked to the tenants.”