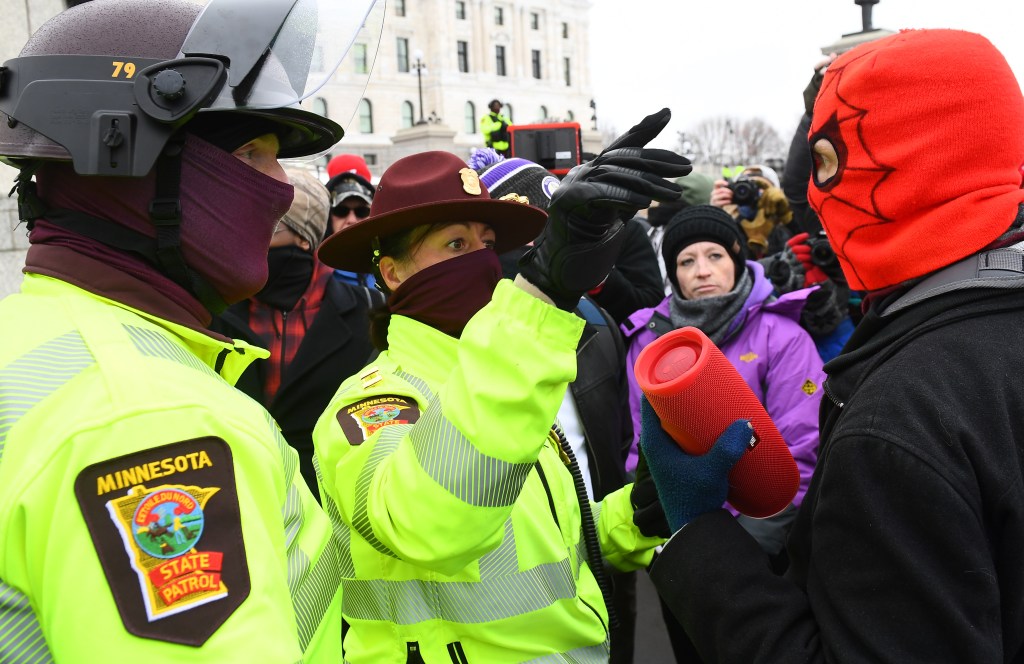 With an eye toward the upcoming Minneapolis trial of former police officer Derek Chauvin, the St. Paul City Council is looking at beefing up its existing regulations around parades, races and public assemblies to expressly prohibit certain items — from shields to softball bats to glass bottles — at large gatherings.

The council, which reviews proposed ordinance amendments each week for at least four consecutive weeks prior to a final vote, officially entered the proposal into the record last week for the first of four readings.

“I know that some of us have been receiving emails with questions about this item,” said St. Paul City Council President Amy Brendmoen, who noted St. Paul Police are working with the city attorney’s office on fine-tuning the details.

“I think the goal here is to create a safe environment for public gatherings, but also not to in any way make it un-fun to have civic gatherings, and the things we’ve grown to love about our city … (such as) parades, races and protests,” Brendmoen said.

Chauvin will stand trial March 8 for the death of George Floyd, a Black man apprehended passing a counterfeit $20 bill at a South Minneapolis store. Floyd’s violent death touched off a series of protests, riots and arsons across Minnesota and throughout the United States.

Under the city’s existing ordinances, which apply to any gathering in excess of 24 people, it is already unlawful to carry metal, lumber, wood or similar material that is more than two inches wide or a quarter-inch thick, about the dimensions of a picket sign handle.

The proposed ordinance amendment would add more restrictions and clarify that both ends of a piece of lumber, wood or wood lath must be blunt.

Any length of metal or plastic pipe, whether hollow or solid, would be banned outright, other than narrow, blunt-end plastic pipe supporting a banner or sign. Signs, posters, banners, plaques or notices must be “constructed solely of soft material, such as cloth, paper, soft plastic capable of being rolled or folded, or cardboard material no greater than 1/4 inch in thickness.”

The amendment carries guidance — though not a hard and fast mandate — for police at protests, as well:

“When feasible, excluding exigent circumstances, authorized peace officers, or employees, agents or representatives of the city will issue a warning before engaging in enforcement of the provisions of this section. Such warning(s) shall be sufficient if provided orally, by posted signs or by amplified announcement.”

Failure to issue a warning, however, “will not affect the prosecution of any citations issued under this section.”