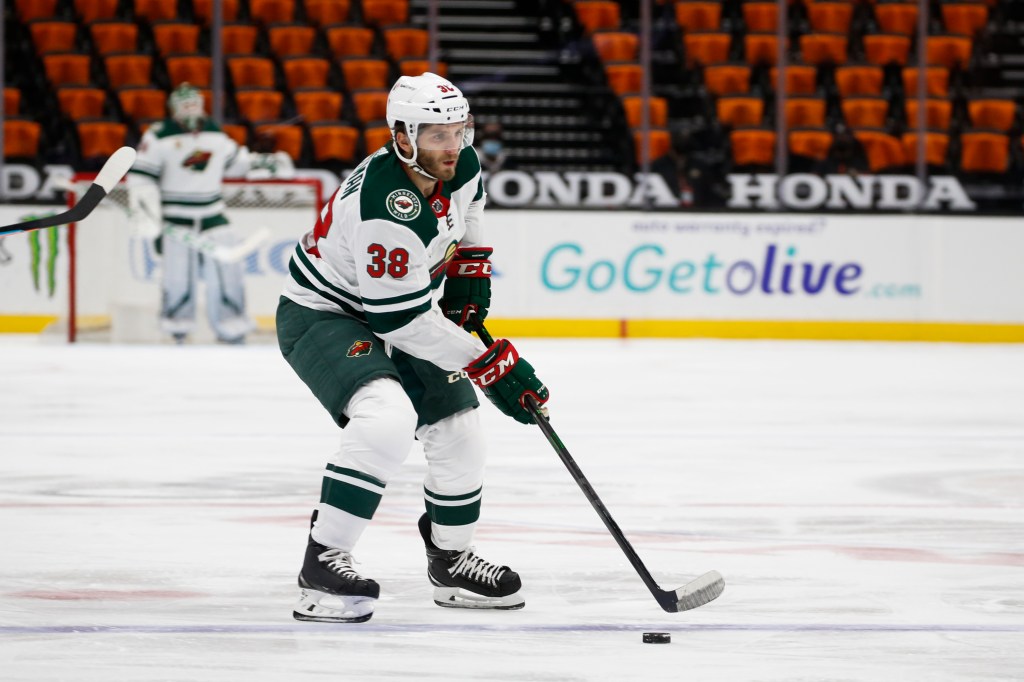 Sometimes in the NHL, a player gets pigeonholed into a certain role. Wild center Ryan Hartman is living proof of that.

Though he was dynamic scorer throughout his youth, the 26-year-old Hartman has been pegged as more of a grinder throughout his NHL career. His willingness to lay a big hit in the neutral or drop the gloves at a moment’s notice has taken precedence over his ability with the puck on his stick.

In other words, Hartman has become a prisoner of his own success. The 5-foot-11, 195-pound winger brings so much grit to the lineup that the skill that made him a first-round draft pick in 2013 tends to go overlooked.

That explains why Hartman has been mainstay in the bottom-six during his time with the Chicago Blackhawks, Nashville Predators, Philadelphia Flyers and Wild. He has been asked to be a checker throughout his career when he knows deep down he can be a creator.

Not that he would ever complain.

“I’m here in the NHL,” Hartman said. “There’s been times when I’ve been brought up in the lineup because guys have been injured. I know what I can do as a player. Just try to play my role.”

That ability to adapt has been especially important for Hartman as of late. After some solid play last week, Wild coach Dean Evason slid Hartman between Zach Parise and Marcus Foligno in the middle of a game against the Anaheim Ducks.

And that move has paid dividends as Hartman entered Wednesday’s road game against the Colorado Avalanche riding a three-game point streak.

“If we go back to the start of the year, we talked about a lot of players and people being ready to play different positions in different situations,” Evason said. “He’s no different. We’ve liked him up the middle. His game has been real good this year. Obviously he’s putting up some numbers and he’s taken a step forward with us. We’re excited about where he’s at.”

It’s been a seamless transition for Hartman, who has played center at various points throughout his pro career. He likes the position because it allows him to be more involved throughout the game.

“As a winger, sometimes you’re caught standing at the blue line and waiting for the play,” Hartman said. “As a center, you’re going to the play at all times and kind of driving the play. I’ve enjoyed being around the puck a lot more.”

While nobody is going to confuse Hartman for a player like, say, Avalanche star Nathan MacKinnon moving forward, his recent promotion is a good example of a player taking advantage of an opportunity.

“These guys are all skilled,” Evason said. “You don’t get to the NHL by fluke. You get there by having skill. You stay there by having work ethic and grit and determination and all those other good things.”

That’s exactly what Hartman has done throughout his career. Now he’s getting the chance to prove he’s more than that.

“I guarantee every guy on our team has scored at some point in their life,” Evason added. “You play the game to score goals. You don’t sit in the backyard or the outdoor rink or the driveway and go, ‘Jeez. I want to block this shot tonight.’ You’re trying to score goals. That’s the name of the game. Obviously we want guys to defend, and Hartzy is no different. But he has the ability to score and produce offensively as much as anybody.”

Forward Marcus Johansson missed Wednesday’s game as he continues to recover from a lingering upper-body injury.

“Just a real good opportunity to get him healed up before we get him back in the lineup as opposed to having something keep continually going sideways on him,” Evason said. “It’s definitely day to day.”