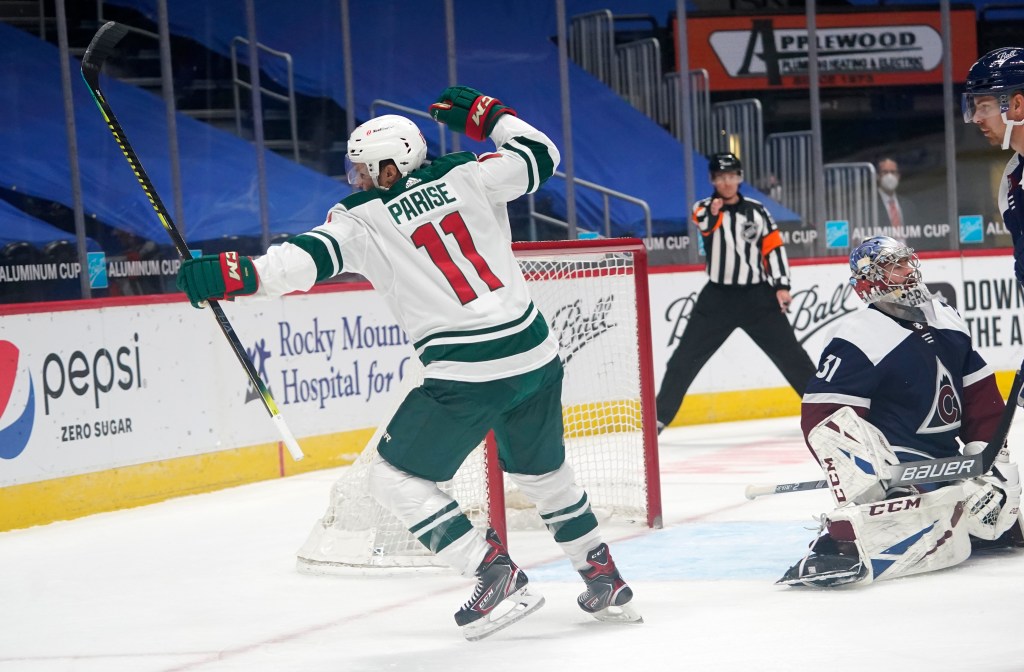 Looking at the way the Wild have played for the past week or so, it’s hard to believe nearly half the team had COVID at the beginning of the month.

A brutal stretch that looked like it might derail a once-promising season has instead become a Master Class in how to overcome adversity.

Nevermind that the Wild left the Twin Cities a little more than a week ago with most of their NHL regulars still on the COVID list. They return home from the season-long road trip riding a four-game winning streak after a dominant 6-2 win over the rival Colorado Avalanche on Wednesday night at Ball Arena.

“We were missing some pretty important players,” Zach Parise said. “To have those guys not be able to do anything for two weeks, then hop right back in and play, it was impressive. We won games that we feel like we should’ve won in Anaheim and San Jose. Then to come into a tough building and get a big win here we feel pretty good about the way we have been playing and the direction we are going.”

It was fitting the Wild finished off a 4-1-0 road trip in Denver considering that’s where they were when they initially learned of the COVID outbreak. What followed was a 10-day shutdown with no team activities before the Wild returned to the ice with a skeleton crew. That cost them as they lost to the Los Angeles Kings last week in the opening game of the road trip.

“We weren’t worried because we competed our butts off in that game,” coach Dean Evason said. “The guys that were playing were battling and competing and doing all the right things. We have to believe as a group that regardless of who’s in our lineup on any given night, everybody is going to pull for each other. We are going to battle our butts off and see if we can have success on the ice.”

That’s exactly what transpired on this particular night as Mats Zuccarello made it 1-0 in favor of the Wild early in the first period, finishing off a tic-tac-toe sequence from Kirill Kaprizov and Victor Rask with an unreal shot.

With the Wild in control of the game, goaltender Kaapo Kahkonen took over with some stellar play between the pipes. He was been so outstanding during the road trip that he actually got the start even though Cam Talbot was healthy.

“I feel good,” said Kahkonen, who improved to 7-5-0 in the process “I love playing. It’s way more fun to play games than practice so I don’t mind the tight schedule.”

As good as Kahkonen was for that stretch, it felt like only a matter of time before the Avalanche broke through, and J.T. Compher tied the game at 1-1 with a snipe early in the second period. That was part of an awful stretch for the Wild that featured more than 10 minutes without a shot on goal.

Luckily for the Wild, they kept their head above water long enough for Parise to end the cold streak. He planted his skates near the crease and redirected an initial shot from Matt Dumba to make it 2-1. It’s fitting the goal came from Parise’s office in front as it also marked the 800th point of his career.

“A couple of guys pointed it out tonight before the game, so knew I was right there,” Parise said. “There’s number round numbers are nice to hit. Wish I would’ve been able to get it out of the way to earlier in the season.”

If that wasn’t enough to get the Wild going, Kaprizov’s incredible shift about a minute later sure as heck did the trick. He literally circumnavigated the offensive zone five times and nearly finished it off by scoring a wraparound goal. On the very next shift Marcus Foligno scored a shorthanded goal to push the lead to 3-1. Ryan Hartman got the assist on the play as he continued his best stretch in a Wild sweater.

That paved the way for the third period where Nazem Kadri almost immediately helped the Avalanche cut the deficit to 3-2. While it looked that might be the start of potential comeback, the Wild got an insurance goal from Hartman to make it 4-2 after a sweet feed from Kaprizov in front.

That pretty much put the game away for the Wild and Nico Sturm tacked on a breakaway goal to make it 5-2 and followed it up with an empty-net goal to finalize the score at 6-2.

If the season ended on Thursday, the Wild would be in the playoffs. Not bad for a team that was at the bottom for the West Coast division a couple of weeks ago.

“It’s nice to have those games in hand, but we had to win them, and we did that,” Parise said. “That said, we haven’t seen Vegas yet and we haven’t seen St. Louis yet. We are going to play some really good teams coming up and we have to be ready for those guys.”