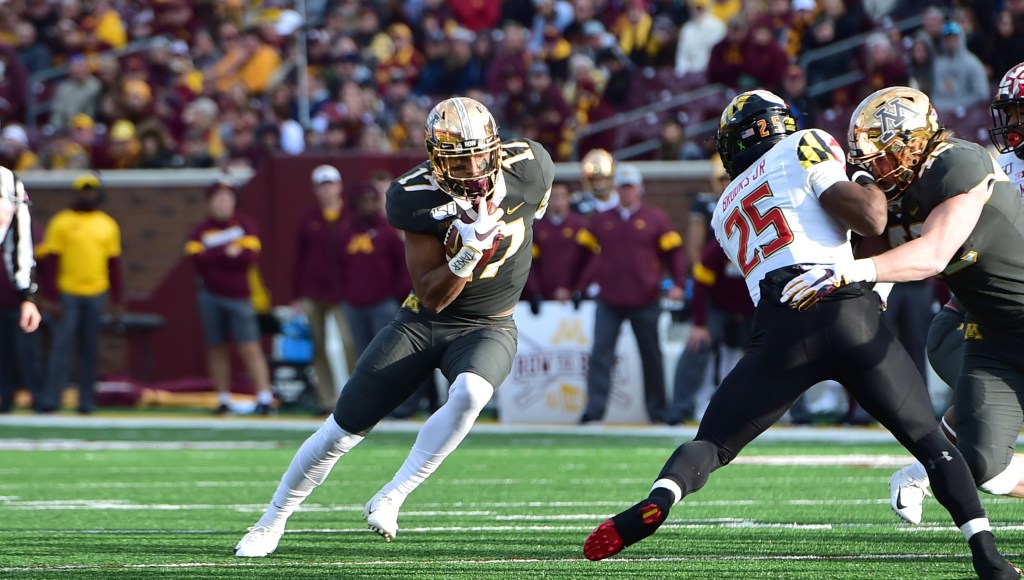 “The Green Line” is leaving the station one the last time.

Gophers football player Seth Green, a Woodbury native who became known for his downhill running style as the U’s wildcat quarterback, has entered the NCAA transfer portal, he shared Thursday.

“After many thoughts, prayers and trusted conversations I have made the decision to enter the transfer portal and play my last season elsewhere,” Green wrote in a message on Twitter. “I am saddened that this chapter of my life is coming to a close, yet am excited for what God has in store for my future!”

The Green Line, a nickname given for his train-like running style in a formation tailored to his approach, rushed for 388 yards and 15 touchdowns in 33 games since he joined the U in the 2016 recruiting class. His most successful season at the U came in 2018, when he rushed 76 times for 282 yards and eight touchdowns. He had 29 rushes for 99 yards and five scores in 2019, but had only nine carries for seven yards and two TDs last fall.

When he did throw the ball as a QB, he was successful in catching the defense off guard. He completed six of seven career passes for three touchdowns and one interception. As a pass catcher, Green, who also had a stint at tight end, didn’t break through for the U. With a position switch to receiver, he had a total of six career receptions for 83 career yards.

Green, who will graduate from the U after spring semester with a master’s degree, became a team leader and one of its most-outspoken advocates for social justice reform.

“I want to personally thank God, my family, coaches, fellow teammates (past and present) and the rest of the State of Minnesota for molding me into the man that I am today,” Green wrote. He personally thanked head coach P.J. Fleck.

Green played three years at East Ridge High School in Woodbury before moving to Allen, Texas, where he led Allen High School to the state championship game. Green first committed to Oregon, but returned to Minnesota in head coach Tracy Claeys’ one recruiting class at the U in 2016.

Green’s father, Bryan, played running back for the Gophers in 1991, and his younger brothers, Blaine and Bryson, are currently receivers at Oklahoma State.