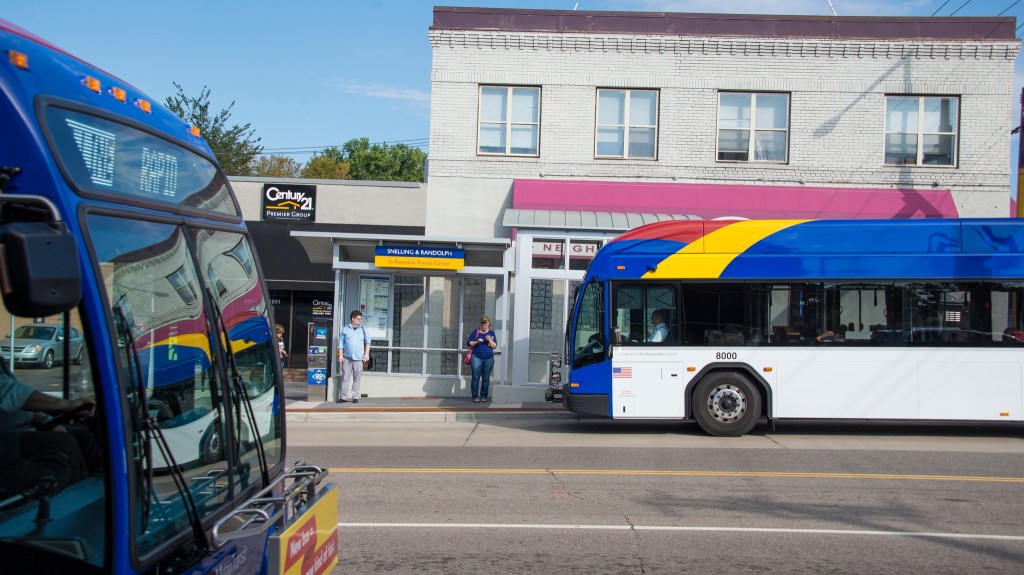 Customers used to take more than 10,000 daily rides on Route 21, and ridership during the coronavirus pandemic hasn’t fallen as dramatically as along other corridors.

The Metropolitan Council will accept public comment on initial plans for the B Line through March 22.

The regional planning agency recently released plans for where the B Line’s heated stations will be situated along the route, which will travel along Lake Street in Minneapolis and Marshall, Snelling and Selby avenues in St. Paul to the downtown Union Depot.

Initial plans called for the line to go only as far east as Snelling and University, said Katie Roth, Metro Transit’s assistant director of bus rapid transit projects. It was extended to Union Depot in late 2019 in response to rider feedback.

Roth said the agency will pay particular attention to comments on the Selby Avenue leg, which “has been included in the project directly in response to stakeholder feedback.”

In particular, a new local bus route within St. Paul — Route 60 — would connect Selby Avenue to St. Paul’s Allianz Field in the Midway’s University-Snelling area, effectively linking neighborhoods on either side of Interstate 94. “That’s because the B Line is proposed to travel straight east-west across Selby, rather than cross Interstate 94 like the 21 does today,” Roth said.

Once the B Line is running, Route 21 no longer will enter St. Paul at all.

The latest state bonding bill is covering the $65 million for design and construction of the new buses and station stops. Construction could begin in spring 2023, with the B Line opening its doors to passengers in 2024.

The corridor is expected to start at the West Lake Street Station, next to Bde Maka Ska Park — formerly Lake Calhoun — in Minneapolis. The draft envisions the B Line operating within local traffic, though it would receive some priority at traffic signals.