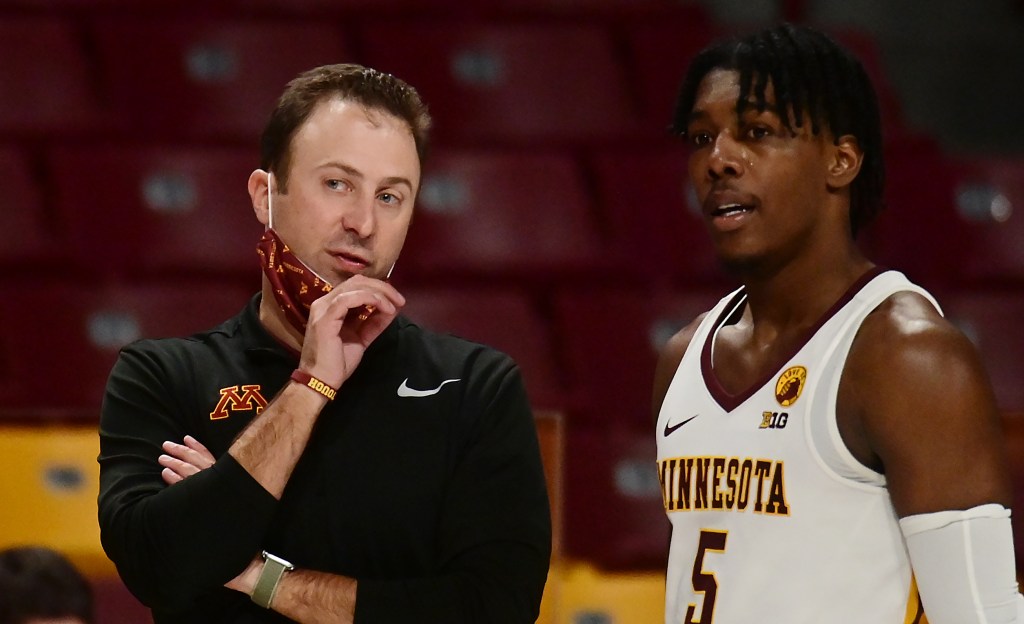 The Gophers men’s basketball team has become welcomed slump busters for fellow programs at the bottom of the Big Ten standings.

Northwestern was on a 13-game losing streak before snapping it against Minnesota on Thursday. On Saturday, Nebraska had won one of 15 conference games before the U came to Pinnacle Bank Arena in Lincoln.

A bad week got worse for the U with the Cornhuskers holding on for a 78-74 win. The Gophers shooters went cold, and with it head coach Richard Pitino’s seat got hotter. Pitino’s team has lost five straight and eight of their last 10, and another unbecoming loss will sink any hopes of making the NCAA Tournament.

Marcus Carr tired to put the Gophers on his back. He set a new career high with 41 points, but with two fellow starters out, he couldn’t do it alone.

Training 76-73 with a few seconds left, Carr was fouled but missed one of two free throws. Carr was one point shy of tying the Gophers all-time scoring record.

The Gophers fell to 0-9 on the road this season and the Cornhuskers improved to 1-8 at home in Big Ten games.

The Gophers men’s basketball team’s five wins against ranked opponents this season — which ties a program record. Their growing list of losses to the worst teams in the conference are outsized blemishes

The U played without center Liam Robbins for a second straight game. The 7-footer rested his aggravated sprained ankle during the loss to Northwestern on Thursday in hopes he could be ready for the Cornhuskers, but it wasn’t enough time.

The Cornhuskers leading scorer Teddy Allen was kept scoreless in 10 minutes, but they had five players with eight or more points.

The Gophers trailed 33-31 at the half with Carr keeping Minnesota in the game with 20 points. It was his first 20-point half since putting up 22 against Loyola-Marymount in November.

The U missed 11 shots in a row over a five-minute stretch. Carr made five 3-pointers, but he and teammates clanked their last eight from deep to end the half.

Saturday’s game was a makeup from a Jan. 20 matchup postponed due to COVID-19 cases within the Huskers’ program. In the first matchup, the Gophers beat Nebraska 79-61, but Nebraska was without leading scorer Teddy Allen due to disciplinary reasons.