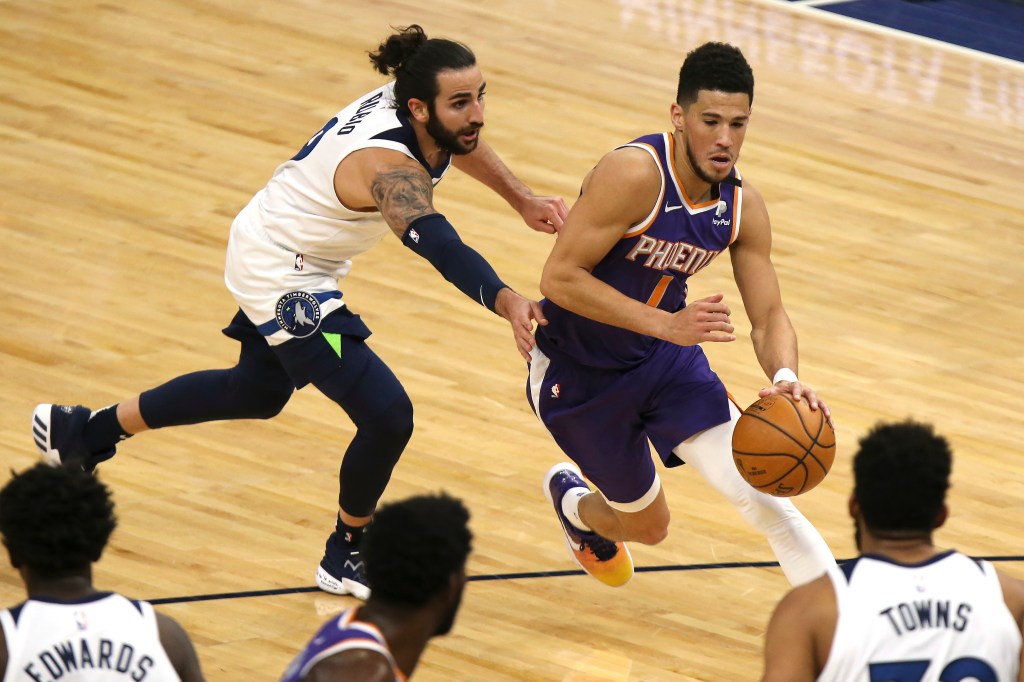 The all-star break cannot come soon enough for the Timberwolves, who are seemingly as out of sorts as they’ve been all season.

The Timberwolves are now 1-10 since Karl-Anthony Towns returned to the lineup after a bout with COVID-19. They’re 0-4 since Chris Finch took over as head coach Monday. Three of those losses have come by 16-plus points.

Ryan Saunders was fired, in part, because Minnesota struggled to close games. Now the Wolves are back to being unable to be in a position to contend late in games.

That’s not to say that’s Finch’s fault. The three blowout losses have come against Milwaukee, a surging Washington team and Phoenix. The latter two are the first of sharpshooter Malik Beasley’s 12-game suspension. The Wolves are also without D’Angelo Russell.

Still, it’s hard to justify a team getting wrecked like this on a nightly basis with its best player in the lineup.

“Emotion, road trip, changing coach, change a lot of things, and I think we’re not figuring it out,” Rubio said. “Hopefully now we have two days (ahead of Wednesday’s game versus Charlotte) to get better, and then the break hopefully can help us. To be honest, we’re not playing good. We’re kind of competing and we’re getting to a point where the third quarter and fourth quarter we’re always close, and then they go on a run and we can’t stop that, and it’s been way too many times.”

Towns, had 21 points and 10 rebounds Sunday, though he put up just four shots in the first half.

That’s because the offense was running through rookie wing Anthony Edwards. Edwards’ performance was a microcosm of his entire rookie season to date — dazzling at times, and head scratching at others. He finished with 24 points but required 22 shots to get there.

Devin Booker was far more efficient for Phoenix. The all-star guard, taken after Towns and Russell in the 2015 draft, scored 43 points — including 21 in the third — on 15 for 26 shooting.

“We just had a hard time trying to stay in front of him,” Finch said. “He got to the free-throw line. We did a good job everywhere else kind of taking them out of the stuff they were trying to run. He just kind of took the ball and put his head down and went and just made a play for himself.”

Might as well try something new when what you had wasn’t working.

“We’re just trying some other things. I think one thing we need out there is a little bit more ball skill sometimes, somebody that can put the ball on the deck or maybe a little more experience with Jake. I thought he was good tonight for us,” Finch said. “We’re trying to go a different direction. Now we’re 0-4, so we’re not married to anything. It wouldn’t make sense.”

Finch is still in the process of feeling players and rotations out.

“I wouldn’t read too many into any of the certain rotations that we’ve got right now,” Finch said.

Perhaps he’ll have a clearer picture of the direction this team is heading after he gets a few more practices that will come after the all-star break.

“We’ve got one more game before that, so we’re going to focus on that,” Finch said. “But the importance of coming out of the break will be big. It gives us a couple days of practice where we can kind of start anew, if you will.”

A fresh start is exactly what this team needs.