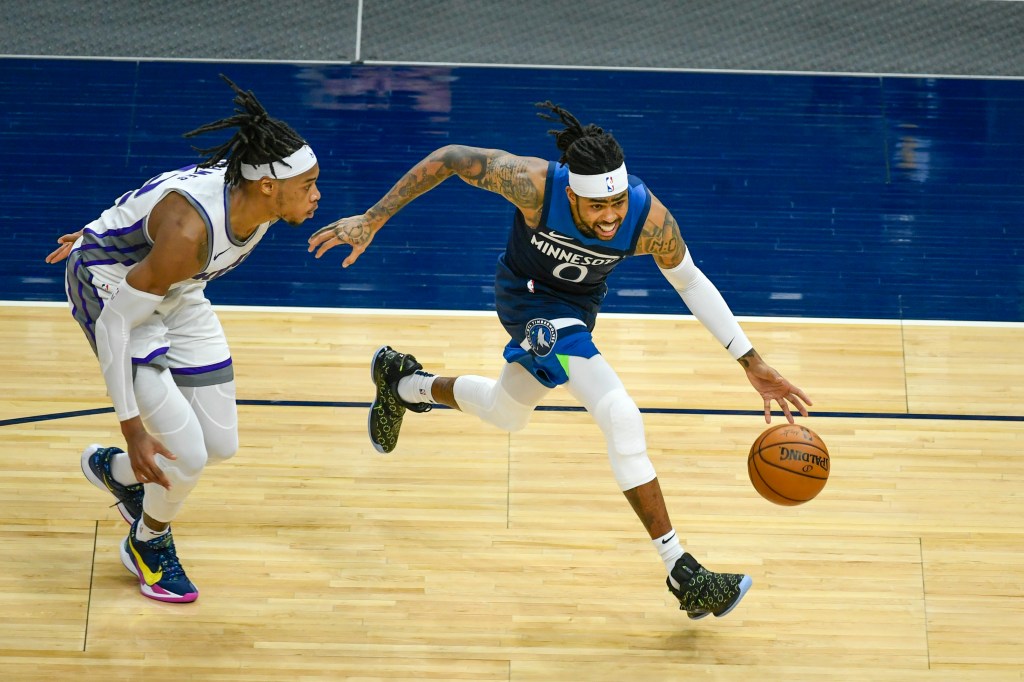 It was a day of mixed news for the Timberwolves.

Fans were allowed back in Target Center to cheer on the home team, Ricky Rubio returned from back spasms and, most notably, D’Angelo Russell took the floor for the first time in two months.

But there was bad news, too. There is always bad news this season for Minnesota.

On the day Russell returned to the lineup, the Wolves also announced Malik Beasley wouldn’t be back in it for a while.

Beasley will miss four to six weeks with a Grade 3 hamstring strain, the team said. The guard will be evaluated after three weeks, but it’s not far-fetched to think it’s possible Beasley has played his last game this season if the timeline is more on the 6-week side of things.

“It always seems like we’re adjusting to something,” Timberwolves head coach Chris Finch said. “We’ll figure out a way.”

Few days for Minnesota have come without some bad news, but at least Monday’s ended in a positive.

Russell made an instant impact as the Wolves topped Sacramento 116-106 at Target Center.

Russell scored 25 points in 24 minutes. Sacramento took a 93-92 lead in the fourth quarter. But Minnesota scored the next four points to reclaim an advantage.

From there, it was the Russell and Karl-Anthony Towns show. The duo, playing in just its sixth game together since Minnesota traded for Russell in February of 2020, took the game over late.

Russell scored 11 straight for Minnesota. Combined the tandem scored the Wolves’ final 20 points to help them pull away.

“It’s exciting,” Timberwolves coach Finch said. “They’re both really clever. They’re able to read the defenses well. They’re able to get to their own shots and create them. It’s a glimpse into what we can be.”

Asked how good that tandem can be moving forward, Towns said, “As long as we continue to work, work the way we want it, we can do something special. We just got to work. Obviously, first, we got to be healthy enough to stay on the court with each other.”