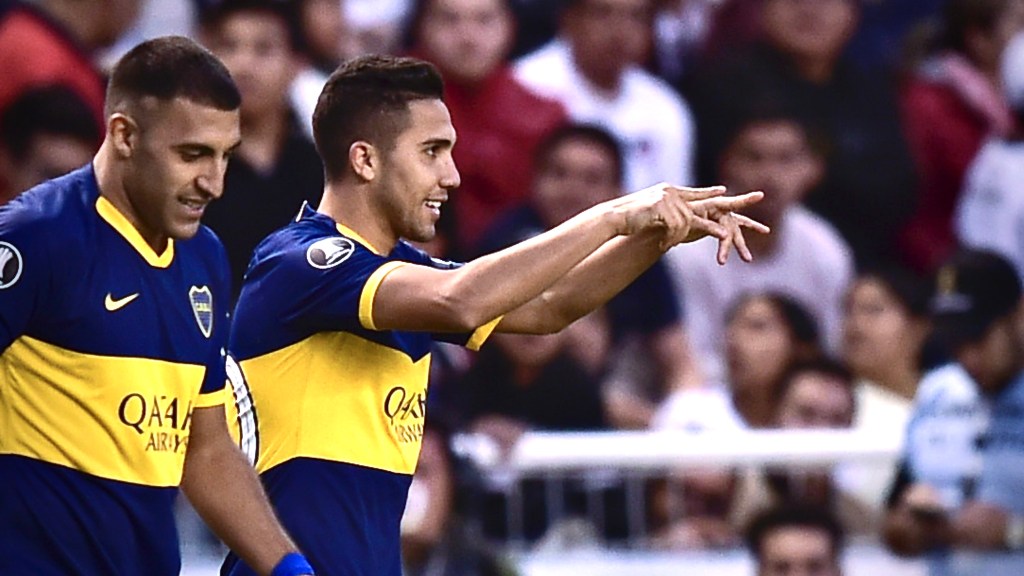 Minnesota United has brought in striker Ramon Abila to get on the end of Emanuel Reynoso’s passes during the 2021 season. The Loons announced Wednesday that Abila will join the club on a season-long loan from Boca Juniors.

The deal uses Targeted Allocation Money and has an option to buy at the end of the 2021 season. Abila will occupy an international spot on the Loons roster and will join the club after his physical, paperwork and quarantine are complete.

The Loons lacked a top tier forward after Luis Amarilla didn’t return after his own one-year loan last season and the clock was ticking with Minnesota opening the season in less than 10 days versus Seattle on April 16.

Abila, 31, will reunite with Reynoso, a former teammate at Boca Juniors. They both joined the famous Buenos Aires club at the same time in February 2018 and played in the same 44 games into March 2020.

“They have a connection for obviously reasons,” Loons manager Adrian Heath told the Pioneer Press on Wednesday. “When we talk about in bringing people in, getting them on the same wavelength as people they are going to play with. That generally takes time. We expect them to hit the ground running.”

The Loons also have a need at left wing and a source confirmed to the Pioneer Press that the club want to sign  Franco Fragapane, a 27-year-old Argentine from Talleres, who plays in the the same top-flight league in Argentina, the Primera Division. The Athletic first reported the link to Fragapane.

Abila, however, hasn’t played much in 2021, He has dealt with an injury and played only five games this calendar year and no games since Jan. 18. But he had been a standout in the Copa Diego Maradona, with six goals in nine games, including one against archrival River Plate on Jan. 2.

When the Loons were bringing in Reynoso for a club-record $5 million transfer fee last year, technical director Mark Watson heard that Abila could be available. Reynoso gave a “glowing” reference of Abila, a married man and father of three, when the club was doing its due diligence.

“I know for a fact that there are a couple of big Mexican teams and a couple of big Brazilian teams have shown a real keen interest,” Heath said. “I think we were fortunate that we were able to steal a march on a few of them.”

Abila, nicknamed “Wanchope”, had 34 goals and 13 assists in 81 appearances for Boca since 2017. Before Boca, Abila played for fellow Argentine club Huracan and for Cruzeiro on loan in Brazil’s Serie A.

Avila will speak to media members on Wednesday afternoon.

“I liked the club, especially with what (Reynoso) had told me about how things were going for him and what the team had accomplished last season,” Abila said in a statement. “And, upon seeing the facilities and the league, all of that was seductive to me to come here to compete and to accomplish great things.”