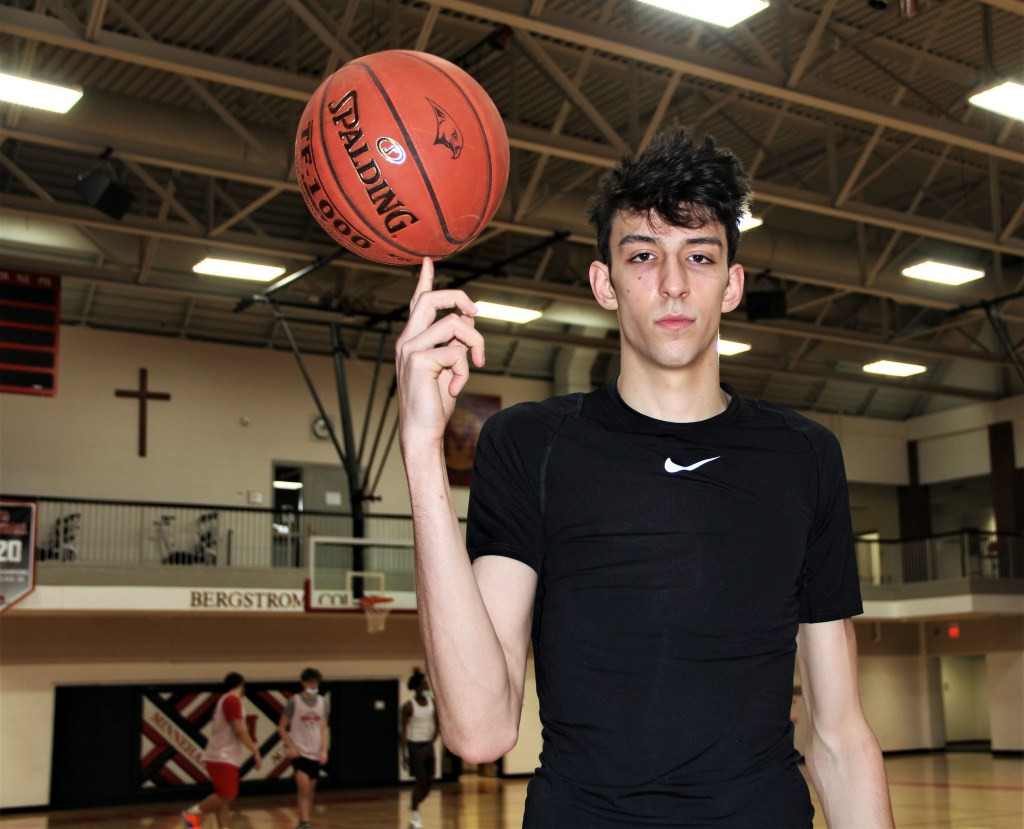 Minnehaha Academy boys basketball coach Lance Johnson doesn’t know what most kids were doing last spring and summer when so much was shut down by COVID-19, but he knew where Chet Holmgren was. In the gym and, just as importantly, the weight room.

“I was in the weight room six days a week for probably an hour and a half to two hours a day,” Holmgren said. “It was definitely a lot of work. It took a lot of just forcing myself to go. I like to play basketball, I don’t like to lift. But it comes with it.”

Holmgren’s body is always the one area people point to when it comes to an area of improvement to attack before the 7-foot-1 center heads to the next level. It’s hard to pick a skill that needs much refinement. With his height and 7-foot-6 wingspan, along with the perimeter skills and shooting ability of a guard, the basketball abilities are in a good spot.

It’s why Holmgren is the top recruit nationally in the Class of 2021. It’s why he was named a McDonald’s All-American, why he already has won such national honors as the Naismith Award and the Wooten Award. It’s also why he’s the Pioneer Press East Metro boys basketball player of the year.

Holmgren put on close to 15 pounds of muscle last year.

“It was just kind of figuring out how to manage my time,” he said. “There would be a lot more time with no AAU, stuff like that, so I knew I’d have more time to be able to do basketball and weights. So I really just hammered out the work, and I feel like it’s paid off.”

On the offensive end, when Holmgren is handling the ball, the big man is better balanced. It’s not easy to knock him off his path or angles. Defensively, when he delivers a hit, he can tell others feel it.

High school’s best big man somehow got more imposing. He averaged north of 20 points a game this season, but he might be even better on the defensive end.

“I’d say so,” Johnson said. “Because there’s games where he’s up over 10 blocks, and then he alters so many shots, as well.”

Johnson doesn’t think Holmgren’s well-roundedness is discussed enough. The senior is personable and knowledgeable on a number of subjects. The year Minnehaha Academy conducted its schooling in Mendota Heights after the explosion at the upper school, Johnson drove Holmgren to school every day. They would meet at a local Burger King each morning. Holmgren was the most popular guy there.

“Burger King people loved Chet,” Johnson said. “He probably got a lot of free food. They loved him. That’s the type of personality he is.”

It’s why Holmgren — the Redhawks’ sole captain — has been such a strong leader this season, guiding Minnehaha Academy into a Class 3A state tournament semifinal game against DeLaSalle at 3 p.m. Thursday at Target Center.

Holmgren is methodical, one reason he has yet to commit to a college, though that decision is expected soon. He doesn’t understand how people can commit three years ahead of time, noting how the last year-plus has shown how quickly things can change.

“I understood anything can change on a day-to-day basis, so just making sure you know as many factors as you possibly can before making a decision,” Holmgren said. “Because I’m the type of person that once I make a decision, I don’t go back on anything, so I just want to make sure everything is completely set in place for when I do make that decision.”

Some commit because they want to remove that recruiting distraction from their plate. Holmgren has plenty of those. Reporters, fans, college coaches, everyone wants a piece of him.

“It’s definitely a lot to kind of organize on your plate, but it kind of comes with it,” Holmgren said. “I just try to not take it for granted and understand a lot of people would kill to have these types of problems, so I just work every day to figure it out and make sure I’m still having fun with it.”

And his primary focus is always on his improvement. Johnson said there are times when he wishes his star center would take a second to appreciate where his game is now.

Holmgren said he knows he’s still “really not that good,” a mentality that can be attributed to those around him who keep him humble on a daily basis.

“I’m playing high school basketball, but hopefully in a year and a half, I’m going to go from guarding Bradley Beal one night to Kevin Durant the next,” Holmgren said. “I’m humble enough to know that I’m not better than those guys right now. But hopefully, down the road, I can get to that point.”

Hercy Miller, senior forward, Minnehaha Academy: The son of Master P, Miller rebuffed offers from high majors and committed to Tennessee State in part to shine a light on HBCUs.

Henry Shannon III, senior forward, Eastview: Minnesota Duluth commit did a bit of everything for the Lightning, including scoring 16.7 points per game.