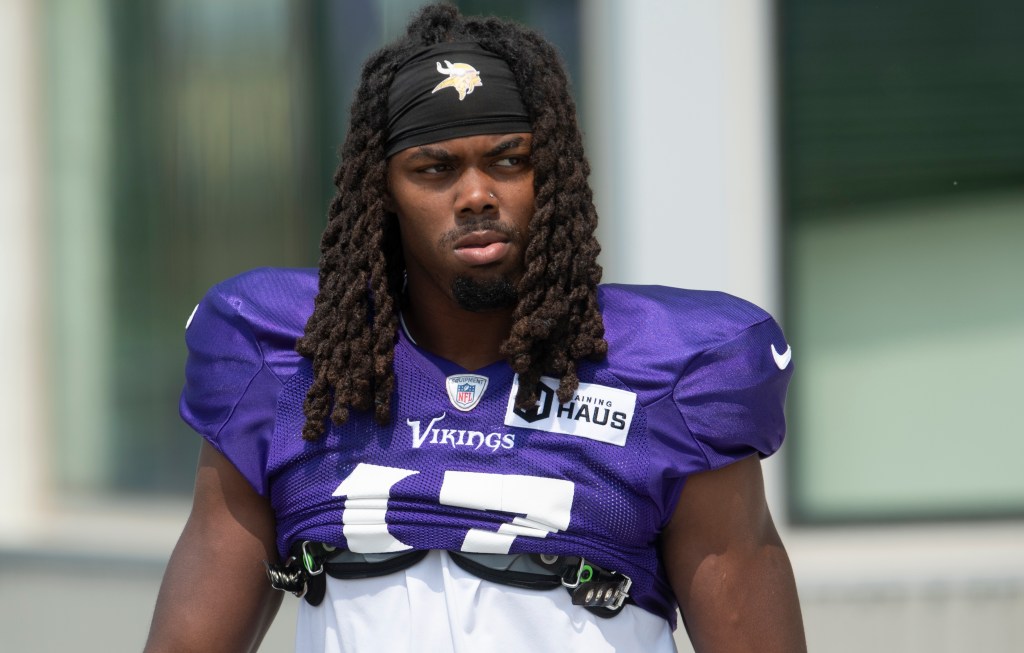 Second play of the game.

“Obviously, scoring a touchdown has been something I’ve dreamed about my whole life in the NFL,” said Osborn, a second-year Vikings receiver, “so it was a great moment.”

Blink and you missed it. The Cardinals did.

It took a review, but the dream score stood.

Seventy-five yards in 44 seconds for a 7-0 lead, on a play the Vikings specifically brought into the game.

“K. J. did a tremendous job, not only running underneath it, but to finish the play. You don’t want to end up on the 1- or 2-yard line. To be able to finish is such an important trait of a receiver. Justin (Jefferson) does such a good job of it, and Adam (Thielen) does such a good job. K.J.’s ability to find the end zone was a great effort.”

Osborn had five receptions for a team-high 91 yards in the 34-33 loss to the Cardinals, giving him 12 catches for 167 yards in the first two games. He was active for nine games last season but did not have a reception.

“I had a wheel route, and all week in practice — really, anytime we run it — I try to sneak in alignment so I can come out right on Justin’s heels,” Osborn said.

“And I just sprinted. I just executed the play. I saw that they left me open, and Kirk put a great ball up, and I was able to finish it.”

When the Vikings go to their three-wideout packages, Osborn presents another weapon to complement Jefferson and Thielen, who also caught touchdown passes Sunday. Thielen entered the game ranked fifth among NFL wide receivers with 33 touchdown receptions since 2017.

“He’s doing a great job,” Cousins said of Osborn. “We mix up our personnel groupings a lot … so it is a constant rotation. K.J. is doing the same things he did in OTAs and through training camp. He’s continuing to do that through Week 1 and 2.”

Osborn made the final two receptions of the game as the Vikings drove 58 yards toward what could have been the winning field goal.

His 9-yard reception over the middle on first down moved the ball to the Cardinals’ 27-yard line, and his 8-yard catch on a similar throw with 38 seconds remaining was good for a first down at the 19, from where the Vikings were willing to attempt a field goal attempt to decide the game.

Osborn said he is feeling a bond ground with Cousins.

“I love it.” Osborn said. “Being able to be out there and communicate. He’s trusting me, and we’re hitting on these big plays. These fourth-down plays, third-down plays, late in the game. I think it’s really building our trust, and I look forward to it keep on building.”