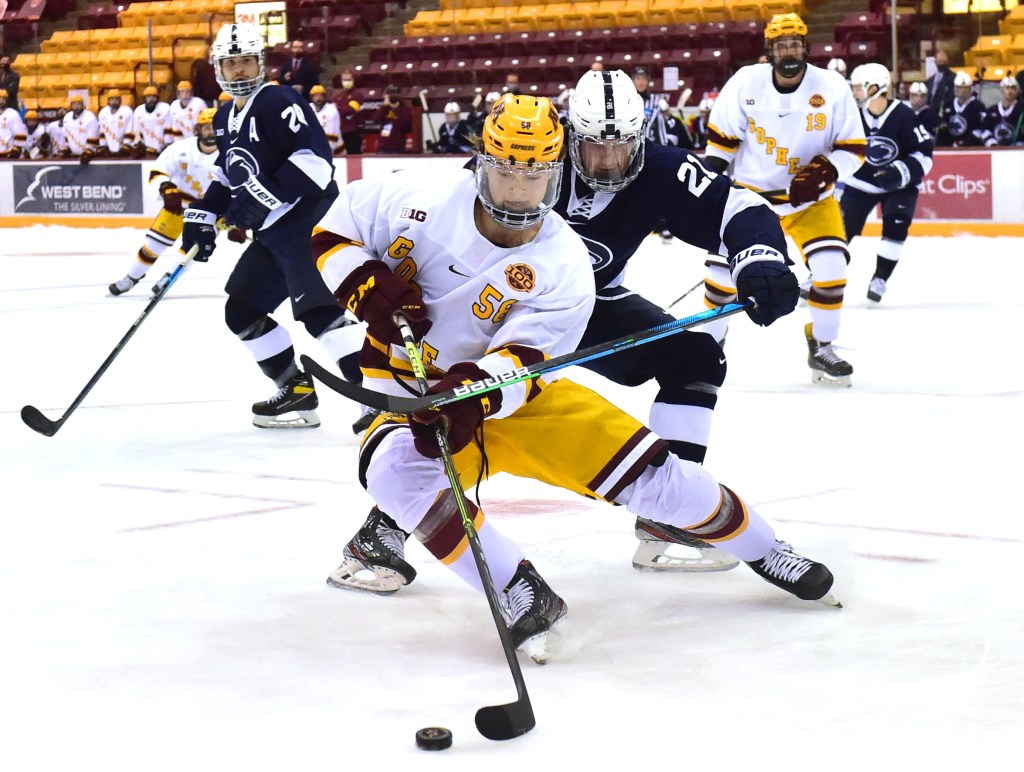 What has been a pleasant surprise to fans of the Colorado Avalanche the past few weeks is something Gophers hockey fans have known for the past three years. Namely, Sampo Ranta is a good player.

Ranta, 21, who signed with the Avs shortly after his junior season with the Gophers ended in March, will not be headed back to Colorado’s American Hockey League team, and will begin the season in Denver with the big club. That gives the Gophers’ program 18 alumni on opening-day NHL rosters.

“Sampo’s big and strong. Is it surprising, no?” Gophers coach Bob Motzko said. “He’s physically capable of handling anything, and (he’s) mature. Really a mature kid for a pro lifestyle. You tip your hat and wish him the best. He meant the world to this program, and he means the world to us. So we’re excited for him.”

Ranta, who is from Finland, led the Gophers offensively last season with 19 goals and 12 assists for 31 points in 31 games. He made his NHL debut in the playoffs for the Avalanche and had no points in two appearances.

The Avalanche made Ranta, a 6-foot-2, 205-pound winger, the 78th overall pick in the 2018 draft. He spent the next three seasons playing for the Gophers, finishing his career with 37 goals and 30 assists in 102 games.

The 18 ex-Gophers who will start the season on NHL rosters are: