Stephen L. Carter: Congress itself should prosecute those it charges with contempt 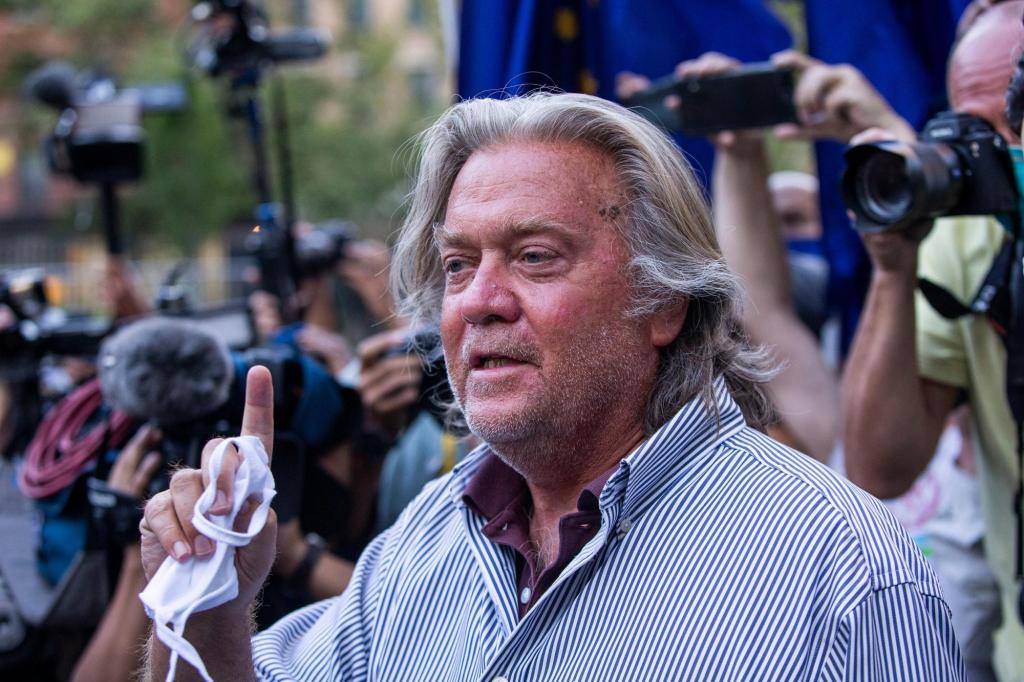 If Steve Bannon and other former aides to President Donald Trump refuse to testify before the congressional committee looking into the events of Jan. 6, should they be held in contempt? Plenty of partisans seem to be rooting for this result. I’d suggest to this and future Congresses that witnesses should be held in contempt only if the members are willing to return to the days when senators and representatives did their own dirty work.

Although contempt of Congress is a crime, it’s essentially never prosecuted (with good reason). When invited witnesses refuse to show, the House and Senate are typically reduced to asking courts to enforce the subpoenas. They demand, in other words, that another branch do the work.

But as the courts have long recognized, Congress also has its own “inherent” power to punish contempt. Either house has the authority to arrest recalcitrant witnesses, try them before the full body, and, if they’re found guilty, lock them up.

The inherent contempt power, apparently uninvoked since 1935, might seem like a 19th-century relic, but maybe its prominence should be restored.

Although congressional assertion of an independent authority to punish contempt dates to 1795, its most notorious use came in 1862, when the House Judiciary Committee was investigating how President Abraham Lincoln’s message to Congress came to be printed in the New York Herald before being delivered. (Yes, back then, the publication of even the most mundane secrets of the executive branch was considered a matter of national moment.)

The committee called Mary Lincoln’s friend Henry Wikoff, known as the Chevalier, whom historians agree was the leaker. Dissatisfied with the Chevalier’s refusal to disclose his source, the committee asked the full House to find him in contempt, which it promptly did. (Some members of the House were uncertain what question Wikoff had declined to answer. The chair of the committee assured them that they would be told “at the proper time.”)

The sergeant-at-arms was ordered to hold him “in close custody until he shall purge himself of said contempt.” Wikoff was locked up in what historians tell us was a storeroom in the Capitol basement, although the editors of the Herald, which employed Wikoff, reported that he was held in “a dungeon” where he “slept on a iron rack.” (The press hardly leaped to Wikoff’s defense. The Chicago Tribune dismissed him as “a serious annoyance to the representatives of the press, who, as a general thing, are gentlemen.”)

That was then. Nowadays, a contempt vote is easy and essentially costless. Having cast a ballot, House members can move on to other matters. The vote is pure theater — and essentially pointless, apart from allowing the members to signal their constituencies which side they’re on.

This practice gets the incentives wrong. A finding of contempt should have consequences — not just for the witness but for the senators or representatives who vote for it.

Use of the inherent contempt power rather than a criminal referral or a civil lawsuit would make clear to the public the seriousness of holding a witness in contempt. And by investing their own time and resources in the process — there could be a congressional trial! — members would show the depth of their own concern about depriving a citizen of liberty.

Perhaps most important, by acting on their own initiative to lock up those who refuse to answer their questions, lawmakers would be unable to distance themselves from the act. Rather than offload the costs of enforcement onto other branches, they’d be forced to get their hands dirty. After all, it’s easy to vote for contempt when all the work after the initial signal is done by someone else.

So, what are the arguments against?

Deschler’s Precedents (the semi-official handbook of House rules) says “a major shortcoming” of the process is “that the witness could be imprisoned only as long as the House remained in session.” But this aspect mirrors the same rule that typically holds for reluctant grand jury witnesses, and it is an important protection against vindictive authority.

Here’s another objection: I recently heard a television commentator complain that even if called, witnesses could refuse to answer questions by pleading the Fifth Amendment. The only way around that, he said rather grimly, would be to vote the witnesses immunity, which would make it hard to prosecute them. All true. But again, this bargain is a feature of democracy, not a bug. Otherwise, the government could force all of us to testify against ourselves.

Another concern is that holding contempt trials would take considerable time that legislators might profitably use on other business. But forcing Congress to internalize the costs of the process would provide an incentive to reserve contempt citations for truly important cases. In other words, members would be forced to make hard choices about who was worth the time and trouble to prosecute.

Finally, on the practical side, one might object that Congress has no jail in which to lock up recalcitrant witnesses, and there likely won’t be many fans of following the Wikoff precedent and imprisoning them in the Capitol basement. But a footnote in a 2017 report from the Congressional Research Service offers a subtle solution: “Given Congress’s plenary power over the District of Columbia, the contemnor could potentially be detained or jailed in a D.C. Metropolitan Police Department facility.”

I’ve long argued that legislators will cast wiser votes if they’re forced to internalize more of the costs of their actions. Contempt of Congress seems like a good case through which to study the willingness of those who represent us to get their hands dirty.