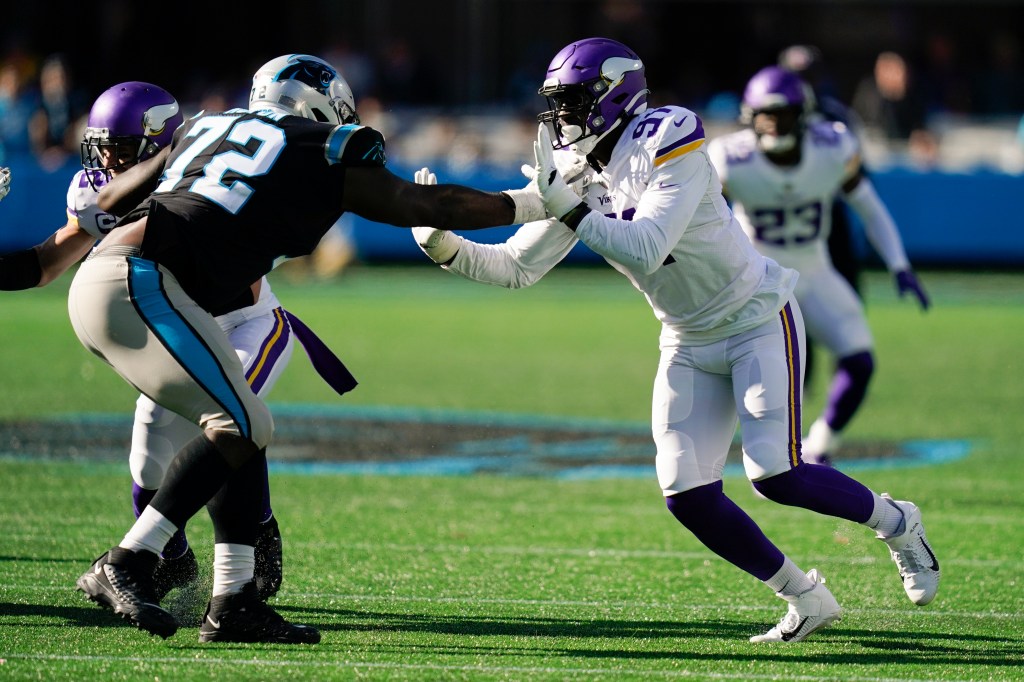 The Vikings traded the defensive and a 2023 seventh-round draft pick to the Denver Broncos on Saturday, receiving a 2022 seventh-round pick in return.

Weatherly was playing on a one-year contract after spending last season in Carolina. He initially played for the Vikings from 2016-19.

With Everson Griffen moving into the starting lineup, and former starter D.J. Wonnum becoming the primary backup, Weatherly was reduced to playing just seven snaps on Oct. 10 against Detroit and just eight last Sunday at Carolina.

The Vikings have a bye this weekend. They return to action next Sunday against the Dallas Cowboys at U.S. Bank Stadium.

Weatherly battled Wonnum to be the starter in training camp. After Wonnum won the job, Weatherly would have been released had he not agreed to take a salary cut this season from $2.5 million to $2 million. The Vikings will save the balance remaining on Weatherly’s contract, which had been guaranteed for the season.

Weatherly has incentives in his contract for sacks, but he did not have any in six games. He averaged 13.7 snaps in those games and had nine tackles.

The move creates a possible role for Minnesota rookie defensive end Patrick Jones II, who has been inactive for all six games this season. The Vikings now have an opening on the 53-man roster.