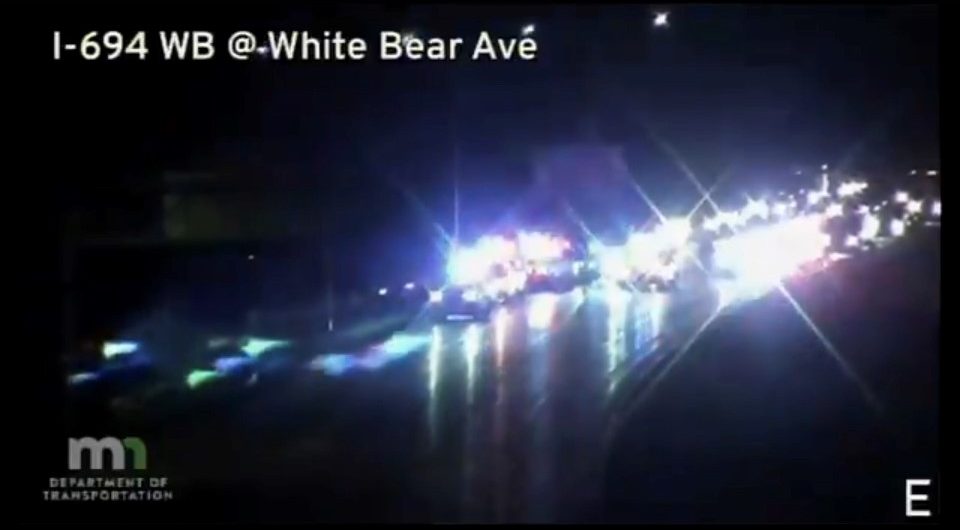 Five juveniles were arrested Tuesday night after fleeing police in a stolen car and delaying traffic on Interstate 694.

The pursuit involved several agencies, according to the Washington County Sheriff’s Office, traveled through Mahtomedi and ended on westbound I-694. Stop sticks were deployed to disable the vehicle.

The car was stolen during a carjacking in St. Paul.

There were no injuries.

“Our patrol division, investigations division and special enforcement team, as well as neighboring agencies, have been working closely to provide extra enforcement to apprehend those responsible for vehicle thefts in our county and recover those vehicles that are stolen,” the sheriff’s office said in a statement. “We remind you to remove valuables from your vehicles and lock your vehicles. Do not leave your keys in your vehicle for any reason. Nearly all vehicles that have been stolen recently have had the keys inside.”