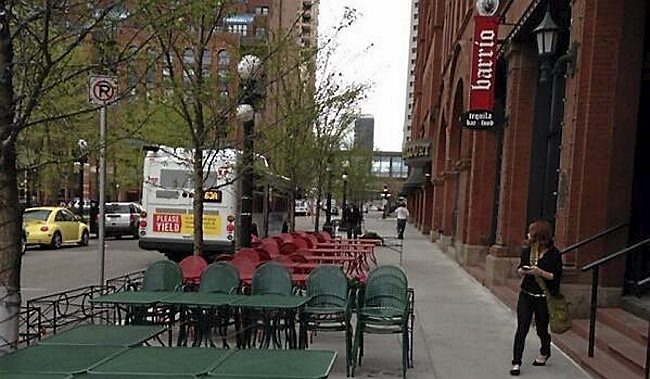 Located just off 6th and Wacouta streets in Lowertown, the historic Railroader Printer building is home to St. Paul’s popular Barrio and Bulldog restaurants, which were credited a decade ago with reviving commercial activity around Mears Park.

The red, brick-faced building — which is technically two 130-year-old buildings joined up to the fourth floor — has changed hands in an especially friendly acquisition. The Railroader, which is fully occupied by offices on floors 2 through 5, had been owned by downtown developer Dave Brooks and the Brooks Group. It’s now been sold to neighboring property owner Jim Crockarell, a familiar name in downtown real estate, and his employee Bryan Larson.

“It was done in a slightly different way than most transactions are done,” said Larson, who did not disclose a purchase price. “Dave wanted this to go into our hands so we could continue with his legacy. I’d like to think we got it at an advantageous price.”

Crockarell, St. Paul’s largest downtown property owner, is the chairman of Madison Equities, which owns 20 buildings downtown. Larson is a vice president with Madison Equities, which bought the Railroader building at 235 6th St. E. hand in hand with Larson Properties. Larson also owns student housing in Wisconsin, some of which he sold in advance of the new acquisition.

The structure spans the Konantz Saddlery Building, built in 1891, and the Koehler Hinrichs Building, built in 1893, which are both listed on the National Register of Historic Places. During most of the last century, the buildings were used by the Burlington Northern Railroad for railroad support activities, which is when they became known as the Railroader Printer building. Their entry in the National Register describes a pressed brick facade, with molded brick and red sandstone detailing.

“Dave has done a fantastic job with the building,” Larson said. “I think it’s important for it to stay in local ownership. Our goal is to leave everything exactly the same. We might do modest updates, but everything is in good working order.”

Madison Equities owns the adjoining Park Square Court building and plans to convert it into residences. Whether that will be a Marriott Hotel, as announced before the pandemic, or apartments, remains up in the air.