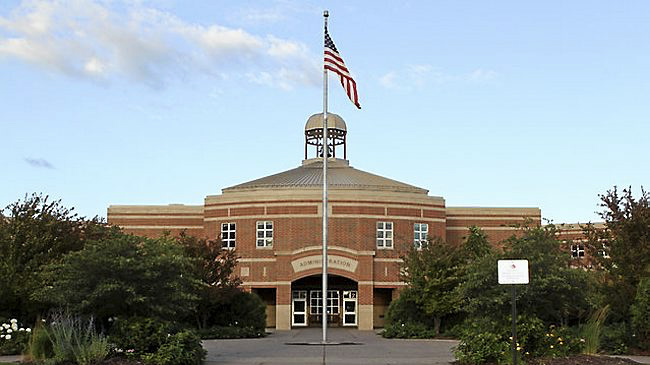 The Stillwater Area Public School board this week is expected to approve a change to school boundaries that would shift about 380 students to new schools in 2022.

The change is needed, district officials say, to address growth in the southern part of the district and to accommodate the district’s Amigos Unidos dual-immersion program, housed at Lake Elmo Elementary School.

The preferred option — the one supported by the school district’s boundary committee and administration — calls for moving about 200 students from Lake Elmo Elementary to either Brookview Elementary School in Woodbury or Rutherford Elementary School in Stillwater. It also would shift 180 open- and alternate-enrollment students throughout the district to their neighborhood schools; the students would be allowed to re-apply for alternate-enrollment based on availability. Fourth graders and seventh graders would be allowed to remain at their current school — or apply for alternative enrollment.

“If we could avoid boundary changes, and the disruption to our students and families, we most certainly would,” said Carissa Keister, district spokeswoman. “Unfortunately, occasional boundary changes are a necessity to address change and growth within our community.”

At issue is the need to add two fifth-grade classrooms to Amigos Unidos, so the program will be fully built out next year, she said.

The dual-immersion program, which brings together native Spanish-speaking students, native English speakers and bilingual teachers, began in 2017-2018 with the first cohort of kindergartens. A new grade level has been added each subsequent year.

District officials chose to house the program in Lake Elmo “because that is where the largest concentration of our heritage Spanish speakers live,” Keister said.

“Lake Elmo is at a pressure point,” she said. “It’s already crowded, and, as of next year, we aren’t going to have enough classrooms for the students currently assigned to the building.”

“There is just not room in the school to accommodate current and future growth,” she said. “Rutherford has space and can absorb students from that area to relieve pressure on Lake Elmo.”

District officials initially broached the boundary-change discussion in 2019-2020, but “things were delayed because of COVID,” Keister said. “It’s not really a new conversation.”

Families impacted by boundary changes will be notified of their new school assignments in mid-December. Students who have been displaced  will have priority in the alternate-enrollment process, Keister said.

District officials considered two other options for boundary changes, but those would have affected either 580 or 680 students. “What we heard was that with COVID, there’s been enough disruption and chaos,” Keister said. “They wanted us to look at the least disruptive option. Option A (the preferred option) is the least disruptive and impacts the least number of families.”

District officials are working on plans to build a new elementary school to serve the growth in the southern part of the district. “The problem is, we can’t build it fast enough,” Keister said. “We need more space now. This is a short-term fix.”

Over the next few years more than 400 new homes will be constructed just north of Washington County Road 14/Stillwater Boulevard in the area surrounding Lake Elmo Elementary, according to Keister.

“There is just not room in the school to accommodate current and future growth,” she said. “Rutherford has space and can absorb students from that area to relieve pressure on Lake Elmo.”

Shifting Amigos Unidos to another school won’t work because “there isn’t another school that has enough room to absorb that entire program,” she said.

Moving the program to the former Oak Park Elementary building — which the district closed in 2018 — has been discussed, but that would include a number of additional operating costs “that just aren’t in the budget,” Keister said. Among them: hiring a new principal and other staff.

“If we keep it in existing school, we don’t have to hire additional staff,” she said.