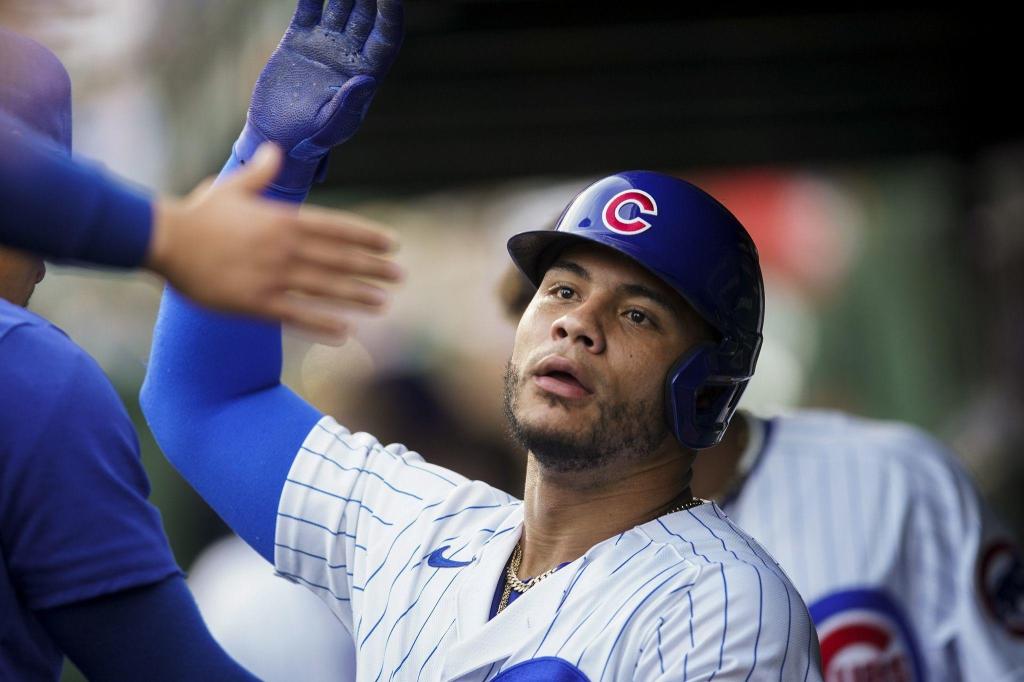 “This is my house, and it’s been my home for 14 years,” the catcher said Sunday in St. Louis.

Cubs fans want Contreras to get his extension. He arguably is their most popular player and on his way to his third National League start in the All-Star Game.

Team President Jed Hoyer has done nothing but praise Contreras’ play and leadership. During a Q&A with season ticket holders Monday, Hoyer said “everyone loves the way he plays, with so much energy and passion, and he is having a great year.”

Yet consensus opinion is that Contreras will be dealt by the Aug. 2 trade deadline.

It makes no sense to lose your most valuable asset without getting multiple players in return, and last season’s sell-off proved no one is untouchable under Hoyer. It doesn’t have to be that way.

If Contreras desperately wants to stay, he should order his agent to get something done before the deadline and sign an extension. Lance Lynn did exactly that last year with the White Sox.

It might not be what Contreras would get on the open market, but certainly Hoyer would make Contreras among the highest-paid catchers in the game. He definitely is one of the best hitting catchers, but not among the top defensively.

Lynn aside, it’s rare that a player signs only a few months from hitting free agency. So if Contreras desires to test free agency after the season, as is his right, Hoyer needs to do what’s best for the organization and deal him. It’s that simple. Better to get something more than a draft pick for a player of Contreras’ talent.

But Freddie Freeman’s departure from the Atlanta Braves in March could serve as a cautionary tale for Contreras, or any pending free agent for that matter. Pay attention to what your agent is doing.

According to ESPN, Freeman’s agent, Casey Close, “presented two proposals on behalf of Freeman significantly higher than (the Braves’) $135 million offer,” and then gave the Braves an hour to respond. The Braves bumped their offer up by $5 million over the five-year deal, or about $1 million more per year. It wasn’t nearly enough.

When the deadline passed without any movement, the Braves decided to move on and acquired Oakland A’s first baseman Matt Olson, whom they signed to an extension. ESPN reported that Freeman contacted former teammates and “expressed shock” that the negotiations ended that way.

Three months later, Freeman reportedly is dumping his agency. He had a tearful homecoming last weekend in Atlanta, and perhaps realizes it was better to be the big fish in a little pond that he loved than one of several big fish in a significantly bigger pond in Los Angeles.

No one needs to feel sorry for Freeman, who signed a six-year, $162 million deal with the Dodgers. If you let your agent try to pull a power play during one of the biggest career decisions of your life, you get what you deserve. This isn’t tiddlywinks. Agents can overplay their hand.

Contreras, who is represented by Octagon, hopefully won’t make that same mistake.

Most of us never will understand the stress that goes into turning down an eight or nine-figure contract offer for what a player hopes will be a better deal. Sometimes it backfires, as it seemed to with Anthony Rizzo.

Hoyer made a lucrative offer to Rizzo, who, through his agent, declined it. So Hoyer eventually dealt Rizzo to the New York Yankees for prospects. Rizzo signed a lesser two-year deal with the Yankees in the offseason, and seemed happy to be playing on a World Series contender.

But unlike Javier Báez and Kris Bryant, Rizzo already had one nice payday with the Cubs, a seven-year, $41 million deal with two team options signed in 2013 when he was a promising but unproven player.

Even after trading Báez to the Mets, Hoyer reportedly hoped to re-sign the shortstop. After all, they came close to an agreement before the pandemic hit. But Báez signed with the Detroit Tigers for six-years and $140 million. Whether the Cubs made an offer is unknown.

Again, don’t feel sorry for anyone. Báez got his money, and has struggled in Detroit. He already has been booed for his slow start, seemingly missing the comfort zone he had in Chicago. Though he seems to be recovering at the plate, finally getting over .200, Báez is stuck playing for a team that won’t contend until at least 2023, and probably later.

He probably would be in the same situation had he re-signed with the Cubs, who are going nowhere and have no timetable of when they’ll turn the corner. But Báez surely wouldn’t be booed at Wrigley Field. He was the most popular player from the core that won in 2016, and his faults were often overlooked thanks to his energy and entertaining style of play.

Perhaps Báez is happier in Detroit than he’d be in Chicago. Maybe Kris Bryant, who has barely played in Colorado because of recurring back issues, is happier being with the Rockies.

But it might be possible Hoyer lucked out by not signing either. During that Q&A Monday, Hoyer was applauded by one fan for not splurging on Báez and Bryant, whom the fan noted hadn’t lived up to their contracts.

“It was really difficult to do that, but ultimately everything I do is simply about (trying) to make the right decision for this franchise. This is way bigger than all of us, and that’s my focus.”

Hoyer already has taken the hit for the departures of Rizzo, Báez and Bryant, so why should it matter to him if he gets more grief for trading Contreras? Hoyer claims he’s harder on himself than the fans or media members are of him.

And would Contreras be happier in another city?

He spent many years in Chicago as one of the supporting cast members on Cubs teams before taking the lead role after last summer’s sell-off. He has also become a clubhouse leader, something few could’ve envisioned when he was a rookie constantly letting his emotions get the best of him in 2016.

This is Contreras’ team, at least for one more month.

Enjoy him while you can.