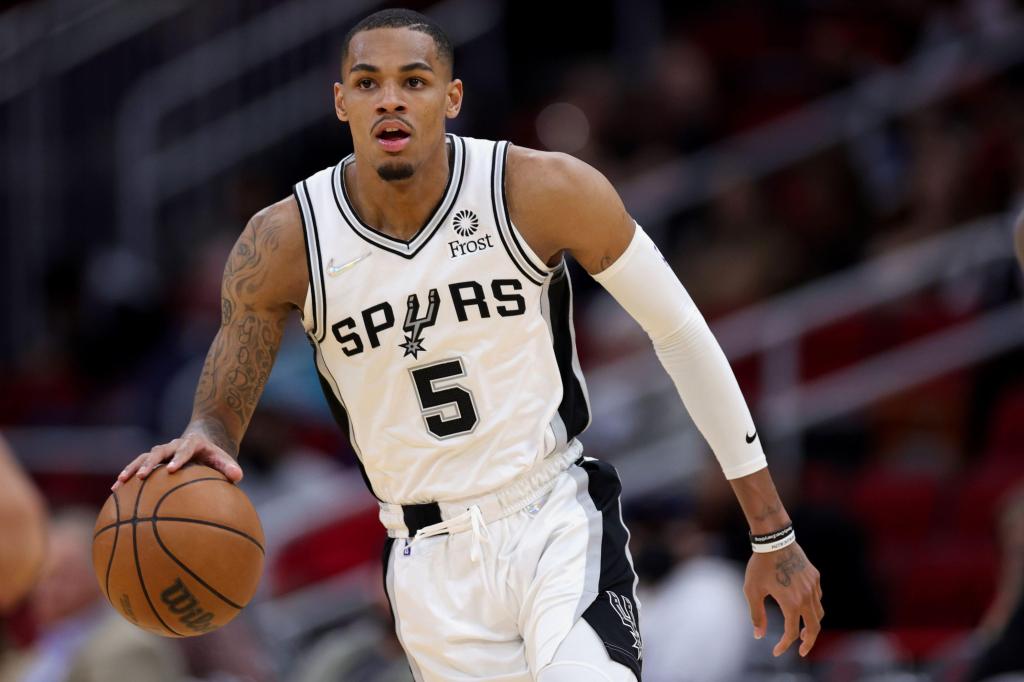 The Knicks are exploring the potential for an All-Star backcourt mate next to Jalen Brunson.

A source confirmed Wednesday that the team expressed interest in acquiring Spurs guard Dejounte Murray, who is on the trade market ahead of free agency but at a high price.

Murray, 25, would command a haul of draft picks and prospects. The Knicks have a surplus of the former (11 first-rounders in the next seven years, although several are heavily protected) but can’t offer the players outside of RJ Barrett.

“They do have the picks, but not the personnel,” a league source said.

With little movement on Dame Lillard, Bradley Beal or Donovan Mitchell, Murray may be the prize of the summer trade season. The Hawks are among the other teams who’ve talked to the Spurs about Murray, according to Bleacher Report.

The Spurs are gearing for a rebuild as Gregg Popovich’s career winds down and Murray represents their best asset. But they’re under no pressure to deal the 2022 All-Star, who has two years left on a team-friendly deal. The Knicks are expected to sign Brunson in free agency amid concerns about pairing him with shooting guard Evan Fournier, given their defensive deficiencies.

Murray, on the other hand, is a former All-Defense selection and elite at guarding the perimeter. He’s also the primary ballhandler in San Antonio, which presents a conundrum in New York. Part of the appeal for Brunson to come to the Knicks is an opportunity to be the lead guard, which is something he couldn’t accomplish in Dallas next to Luka Doncic.

Murray was a triple-double threat last season while averaging 21.1 points, 9.2 assists and 8.3 rebounds.

The Knicks cleared roughly $30 million in cap space over the last week by ageing to trade Kemba Walker, Nerlens Noel and Alec Burks to the Pistons. That money is expected to go to Brunson but, in the process of trading their 11th overall pick, the Knicks picked up three heavily protected future first-rounders.

Those are now assets for a trade, whether for Murray or somebody else.

“We have the ability to be active in free agency, as well as in the trade market,” Rose said in a statement issued by the team after the draft. “Our focus will remain to be strategic and thoughtful in our team building, doing it the right way, while feeding off of the momentum from the end of last season and prioritizing our player development program.”

The Knicks finished a disappointing 11th in the Eastern Conference and Rose hasn’t addressed the media outside of MSG network since last September.