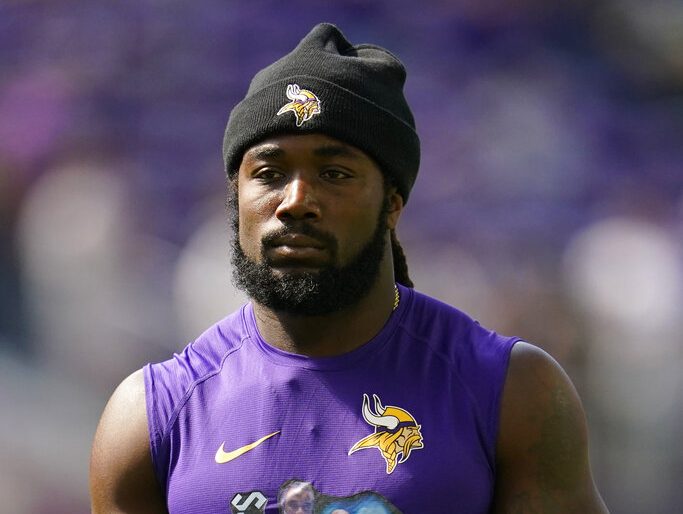 A jury trial in a civil suit involving Vikings star running back Dalvin Cook officially has been set for next August, court records show.

David Valentini, one of Cook’s attorneys, told the Pioneer Press in August that the jury trial was expected to be held then. It now has officially been scheduled for Aug. 7-18, 2023 in Dakota County District Court, which is during the the Vikings’ training camp and preseason.

Cook was sued last November by a former girlfriend for allegedly assaulting her at his Inver Grove Heights home in November 2020. In December, Cook filed a defamation and fraud lawsuit against the woman, Gracelyn Trimble.

Trimble, a sergeant in the U.S. Army stationed in Italy, alleged in her lawsuit that Cook left her with a concussion, as well as cuts and welts on her face. She alleges battery and false imprisonment in addition to assault and has sought unspecified damages in excess of $50,000.

After Trimble’s suit was filed last November, Cook said that he was “the victim in this situation” and that the “truth” would come out.

Cook is in his sixth season with the Vikings and made the Pro Bowl in each of the past three seasons. He has rushed for a team-high 279 yards in four games this season, including 76 yards on 20 carries in a Sunday’s 28-25 win over New Orleans in London, when he returned after having suffered a dislocated shoulder the previous week.

“I give him a ton of credit,” Vikings coach Kevin O’Connell said Monday of Cook’s performance in the game. “As the game went on, you started to feel he was really running hard, running well against a tough front. … Tons of credit to him for just pouring into his treatment and rehab through the week.”