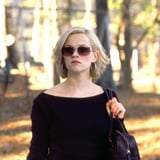 Reese Witherspoon is an actor for the people, and she's ready to give the fans what they want. When asked whether she would ever consider bringing back her character Melanie Smooter for a "Sweet Home Alabama" sequel, she said she's totally game. "I hope so. I think that would be a great idea," Witherspoon said during her Oct. 4 appearance on "Today With Hoda & Jenna" after host Hoda Kotb inquired about a potential reboot.

"Would you be in it? We're just trying to manifest some things," cohost Jenna Bush Hager quickly followed up. "Maybe. I don't know. That sounds fun. Do you guys want me to do that?" Witherspoon asked the audience, receiving plenty of enthusiastic cheers in response. "OK, I'll make some calls," she joked.

While Witherspoon kept it lighthearted on the show, this actually isn't the first time she's brought up a "Sweet Home Alabama" sequel. During a Facebook Live back in 2016, she said she "would happily make 'Sweet Home Alabama 2,'" echoing the sentiments of her costar, Josh Lucas, who played her onscreen husband, Jake Perry.

When asked about a follow-up movie in 2018, Lucas told "The Talk" that he "would do it in a second," doubling down on his statement in 2021 by saying, "Reese, come on, let's go do it," during SiriusXM's Pop Culture Spotlight. "Are they still together? Are they divorced? Do they want to be back together? I mean, there's so many different ideas that I think, you know, we all know life is long and complex, and they had an interesting relationship to begin with, the two characters," Lucas explained.

Related:
Reese Witherspoon and Ashton Kutcher Are Back in the Rom-Com Game For Netflix's "Your Place or Mine"

Now that the rom-com has officially turned 20 years old, it might just be the perfect time to revisit this iconic classic. Witherspoon celebrated the anniversary herself on Instagram on Sept. 17, writing that "20 years ago Sweet Home Alabama came out and completely changed my life."